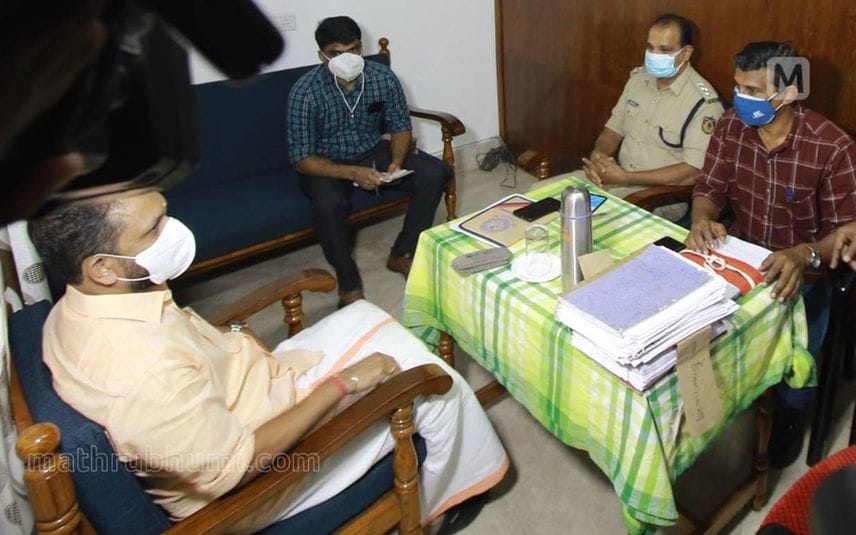 Kasaragod: BJP state president K Surendran appeared before the Crime Branch for interrogation in connection with the Manjeshwaram election bribery case. Surendran arrived at Kasaragod Government guest house on Thursday by 11.30 am and the interrogation is progressing.

According to the case, Surendran violated poll code by giving Rs 2.5 lakh and mobile phone to BSP candidate K Sundara for withdrawing his candidature in Manjeshwaram constituency. The case that was first registered by Badiyadka police was later handed over to the District Crime Branch.

Cases were booked against Surendran as per IPC 171 (B) and 171 (E). The complaint was filed by LDF candidate V V Rameshan. Surendran was summoned three months after the case was registered on June 7.

As part of the probe, the statement of K Sundara and his mother were recorded already. The Crime Branch also questioned BJP Manjeshwaram Mandalam president Yuv Morcha treasurer Sunil Naik and election agents in Manjeshwaram earlier.