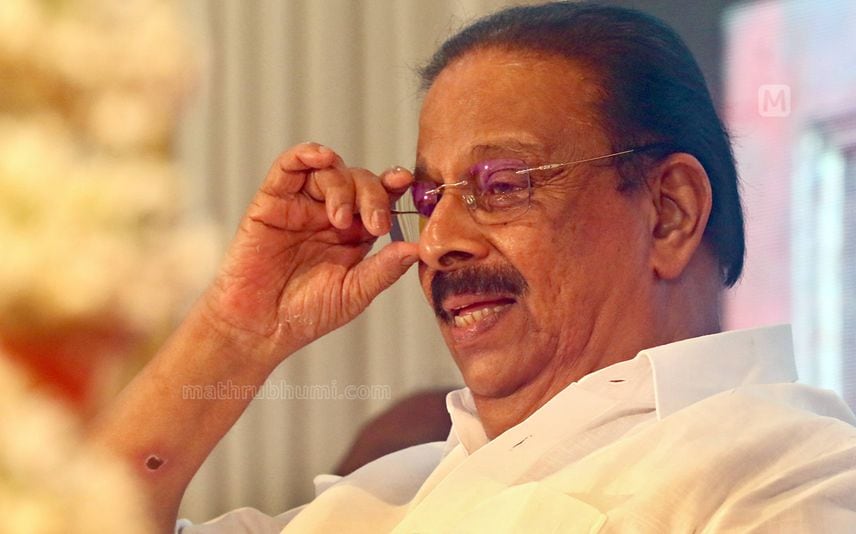 Sudhakaran inaugurated the All India Professionals' Congress (AIPC)-Kerala State Conclave, which started in Kochi, and Tharoor delivered the keynote address.

This is the first time that both leaders are taking part in the same program after the controversy erupted.

Tharoor was not banned; Sudhakaran urges ...

When mentioning the dignitaries over there, Tharoor forgot to mention the KPCC president at first and then he mentioned him and wished him speedy recovery as he reportedly has some physical issues.

Tharoor in his speech said, "There has never been so much unemployment in India before. Kerala has a government that cannot pay salaries. It is our grandchildren who have to pay for the kits provided by the state government."

He said that KPCC president K Sudhakaran is participating via video conferencing in the conclave due to ill health.

Tharoor said, "I don't mind talking to anyone. We are not Kindergarten children to keep quiet. If I meet the leaders at the conclave, I will speak. (On rumours of the displeasure of state leaders). AICC General Secretary Tariq Anwar has not expressed any dissatisfaction with my activities."

Earlier on Wednesday, DK Shivakumar clarified that the entire Congress is united and they are one.

"We don't have any rift. The entire Congress is united. We are one, and we will win the election," said Shivakumar while commenting on reports of a rift in the party over ticket distribution.

The next Karnataka Legislative Assembly election is scheduled to be held on or before May 2023 to elect all 224 members of the state legislative assembly. (ANI)