'If not now, when?': CM Pinarayi Vijayan in SilverLine explanatory meeting 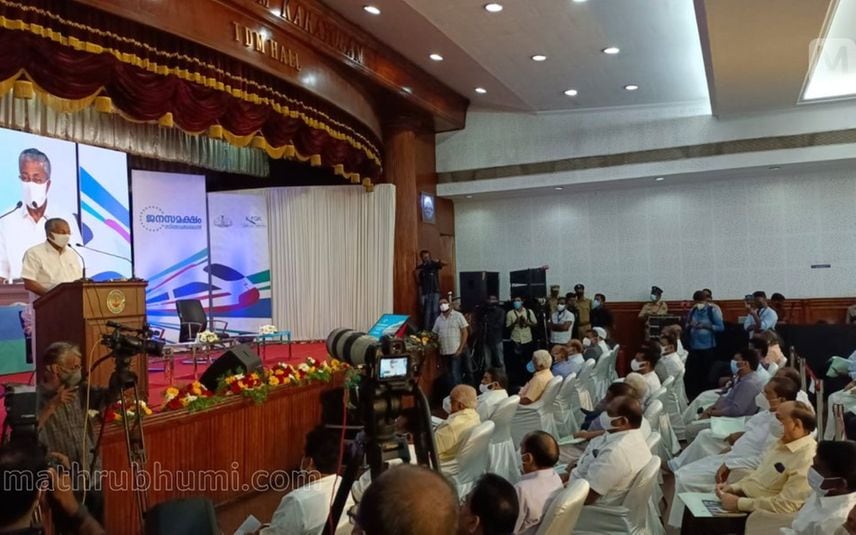 Kochi: Chief Minister Pinarayi Vijayan on Thursday asserted that state legislators discussed the SilverLine semi-high speed rail project and the UDF leaders have raised their questions on the project in the Assembly. It is not the first time they are hearing about the project, he said as a reply to the Opposition's demand for a special Assembly session to discuss the project. He was addressing a meeting at Kochi organised to garner support for the dream project of the state government.

The opposition had moved an adjournment motion and raised several queries in the assembly over SilverLine and they have received the replies for all. They did not delineate such huge hostility towards the project then. All these happened before the state assembly polls, said CM.

The government could gain the confidence of all the members of the assembly during the introduction of the project. The new developments unfurled in the state after the election might have caused a change in the stance of the opposition, opined CM.

CM urged to reflect on when the SilverLine would be possible if it is delayed for a long period. Meanwhile, abandoning the project will be the biggest injustice towards future generations. No project can be given up as some express their defiance against it. Development is essential for the state, he said.

The waterway from Kovalam to Bekal will be completed without delay. National Highway, Hill Highway, coastal roads and water metro will also be soon realised. All these will contribute to a paradigm shift in Kerala’s evolution, said CM Pinarayi Vijayan.

MV Govindan slams Fr D'Cruz over his remark against minister, says he upholds ...