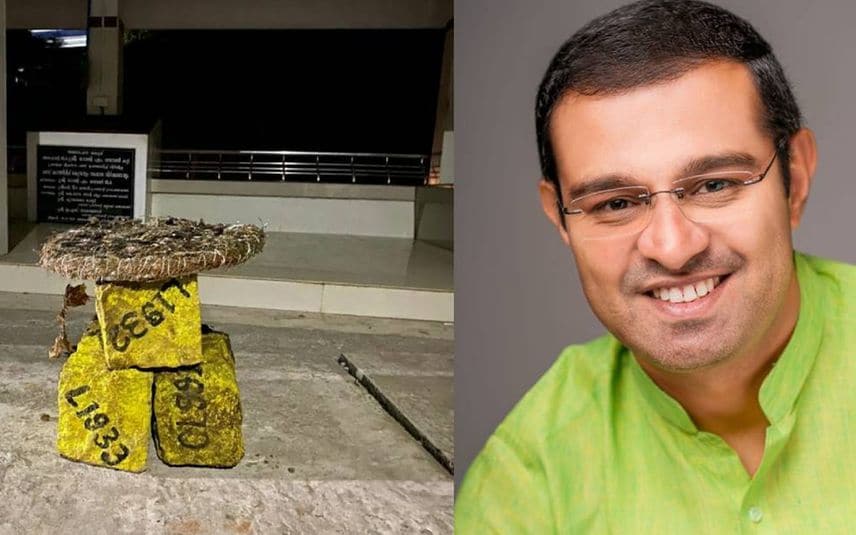 Angamaly: Protestors at Parakkadavu near here have removed the K-Rail SilverLine survey stones on Thursday. The officials, in a surprise move, had laid 20 stones a day back for the social impact survey of the project. Earlier, they had to back off from duty due to stringent protest. However, they returned later with more force to lay stones.

The stones were removed by the protestors and placed for a show in the nearby junctions, with a wreath placed over it.

Meanwhile, Angamaly MLA Rijo M John came out in support of the action of the protestors and said it was a natural reaction of the people to the 'authoritarian government of Pinarayi Vijayan'. Congress state chief had earlier declared that they would remove the survey stones.

The proposed line passes through Elavoor in Parakkadavu. The stones were laid near the paddy field at Triveni.

Rijo praised the protestors and said unilateral actions without proper discussions cannot be accepted. The protesters have already approached the court. They were never heard, he added.

Meanwhile, Kerala High Court has stayed the stone laying process till the next hearing of the bunch of pleas against the survey. The court has asked explanation on the rationale behind the DPR and the need for the social impact survey at this point.