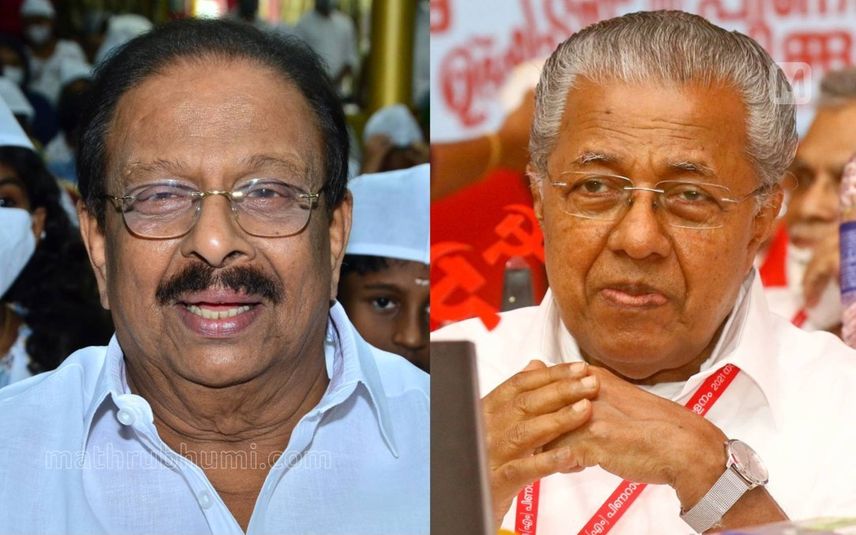 Konni (Pathanamthitta): KPCC president K Sudhakaran on Saturday verbally attacked Kerala CM Pinarayi Vijayan by referring to him as a scavenger. Sudhakaran launched this scathing attack during the inauguration of the Congress constituency committee office at Pathanamthitta’s Aruvappulam.

Sudhakaran shed a slew of allegations against the CM. According to him, the only objective of CM is to grab commission from major projects. Pinarayi Vijayan is not concerned about people who will lose their houses or the ones who are without any means for livelihood, he said.

Sudhakaran alleged that CPM is pushing for K-Rail’s SilverLine project eyeing a Rs 1.5 lakh crore commission from it. “If there is a chance of getting money, then they will do anything for it. Wives of CPM leaders are being appointed in the varsities. Minister orders Governor. Such things are unprecedented in Kerala,” he said.