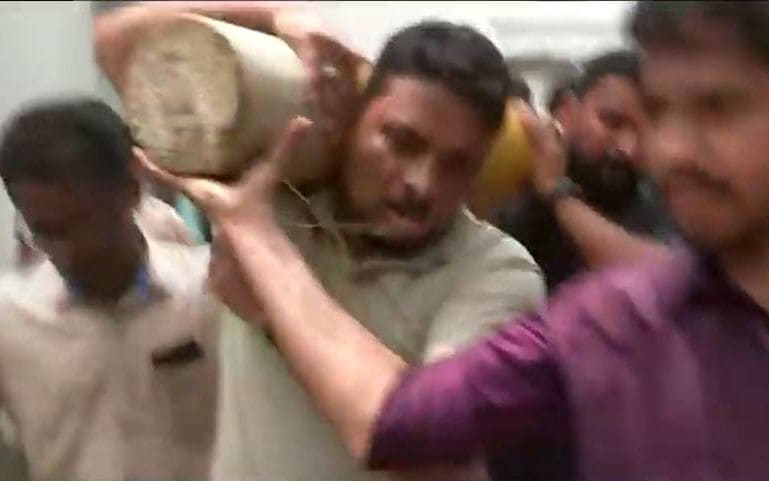 Kozhikode: A tussle broke out between the police and locals during the protest against the K-Rail project at Kallayi here on Friday. The people protested when K-Rail officials started laying survey stones. The protestors removed survey stones laid down by the K-rail officials.

The incident took place near Kallayi railway station. The women protestors alleged that male police officers beat them with Lathi. Later, the protestors were arrested by the police.

It is learnt that a woman who was injured during the protest sought treatment at the Beach Hospital in Kozhikode. The locals removed nine survey stones. When the police tried to restore this, the locals protested. Following this, a strong police contingent was deployed in the area. Congress and BJP leaders also came out in support of the protest.

A large protest march was also held in Madappally as part of the hartal announced on Friday.