The land acquisition will cause the family to lose their house and the land surrounding it. 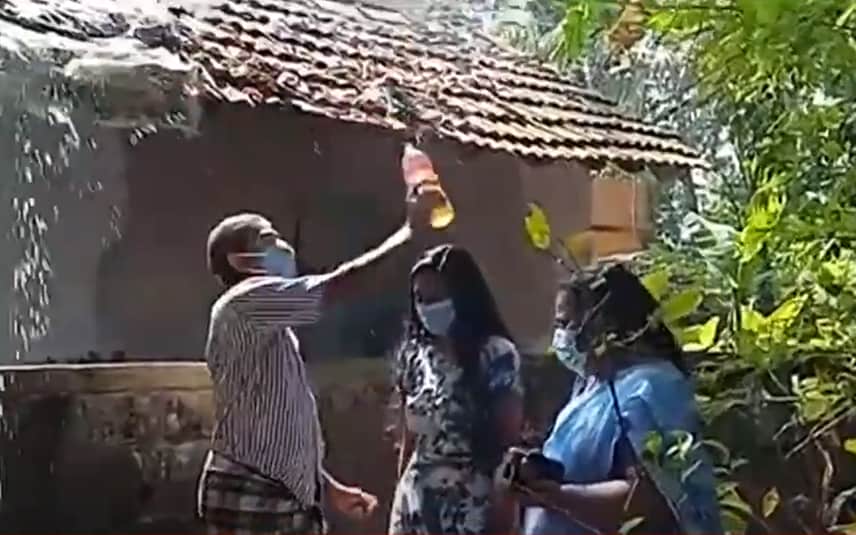 Protest by Jayakumar and his family | Photo: Mathrubhumi news screengrab

Kollam: A family from Kollam has come out with an open protest against land acquisition for the K-Rail's SilverLine project. Retired KSRTC officer Jayakumar and his family poured petrol over their bodies and raised threats of suicide. Jayakumar had also kept a lighter in his hand. The incident happened at Vanchimukku in the Kollam district on Monday morning.

The land acquisition will cause the family to lose their house and the land surrounding it. The police tried to calm them down.

In another incident, a woman and her daughter protested against the officials when they laid a stone for the land acquisition, next to their kitchen.

Protests against the K-Rail project have been gaining momentum in Chathannoor and neighbouring areas. The revenue officers are struggling to continue the process. The opposition parties, including BJP and Congress, have come forward with support for the protestors.