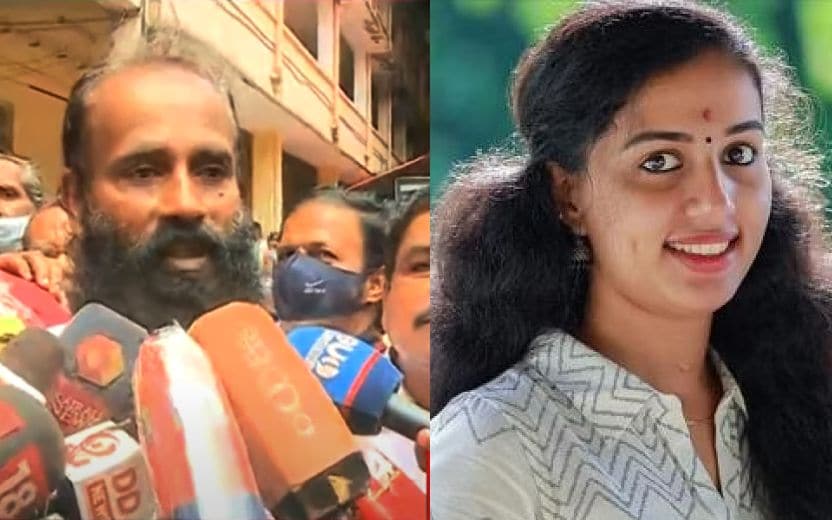 Kollam: In the death of BAMS student Vismaya, the additional district sessions court sentenced her husband Kiran Kumar to 10 years in jail. Vismaya’s father Thrivikraman Nair welcomed the judgement of the court and pointed out the punishment awarded to Kiran Kumar as a message to the society.

“Finally justice served to my daughter. The judgement is a message to the society,” said Thrivikraman Nair.

He also said he had not expected that a life term would be given to Kumar.

Whether to appeal or not would be decided after discussing it with the Special Public Prosecutor.

He also expressed gratitude to all who stood by him and his family.

Vismaya, 22, was found dead in the house of her husband at Sasthamkotta in Kollam district on June 21, 2021.

A day before the incident, Vismaya had sent WhatsApp messages to her relatives over the alleged harassment by Kumar over dowry, as well as photos of wounds and marks of beatings on her body.

Kerala Police in its over 500-page charge sheet had said that Vismaya committed suicide due to dowry harassment.