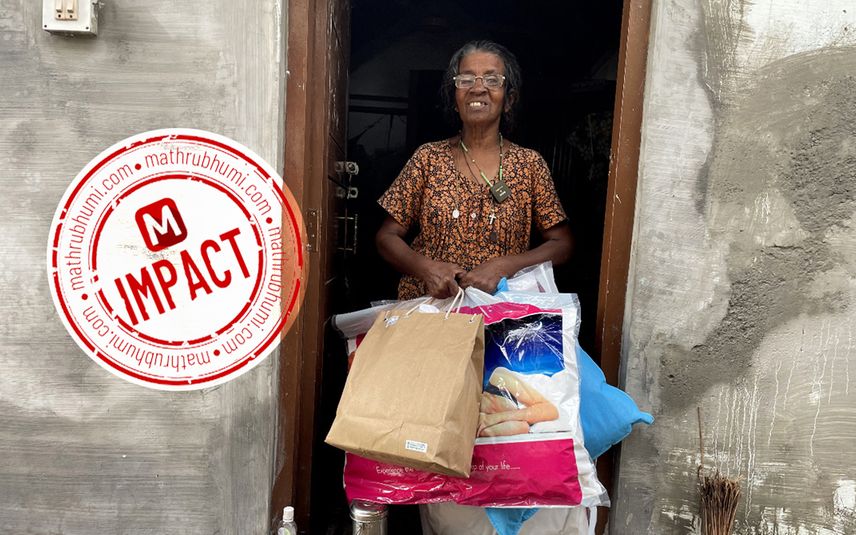 Kochi: Selin, who stood helpless in the flash flood-hit street of Kammattipadam received aid from several benevolent hearts. Welfare Association Trust from Aluva and ‘Snehakkoodu’ from Kottayam have informed their willingness to welcome Selin to their shelters. District legal service society secretary and sub judge Ranjith Krishnan has committed to take up the measures for repairing Selin’s house. Lion’s Club handed over food, and clothes and transferred Rs 10,000 to Selin’s bank account.

Mathrubhumi.com had reported the plight of Selin, who wandered in the street for help when her small house submerged following the heavy rains. Selin has been living alone in a house which is in deplorable condition. She made both ends meet by pursuing domestic jobs in the nearby houses. By standing in the flooded street in front of the camera she said, “I'm not able to stand here. I'm shivering".