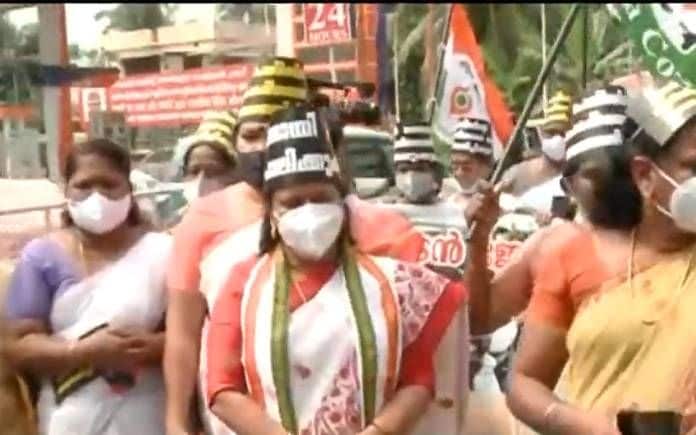 Ernakulam: Mahila Congress, the women's wing of INC, on Wednesday conducted a protest rally against the police demanding action against actor Joju George. They alleged that the police have not registered a case against the actor on the complaint of the women leaders of Congress that he misbehaved at them during a protest in Kochi against the fuel price hike.

Joju barged into the protest and hurled abuses at the women workers, the complaint said. However, police said there is no evidence against the actor and did not file a case.

'When a woman says a man abused her, the law demands police action,' Congress leader Bindu Krishna said while inaugurating the rally on Wednesday. "Isn't that law applicable to a CPM sympathiser," she asked.

The Youth Congress also organised protests. They marched to a theatre in the city and put a wreath on a poster of a Joju-starrer movie for 'not removing the poster despite the shows are over.'