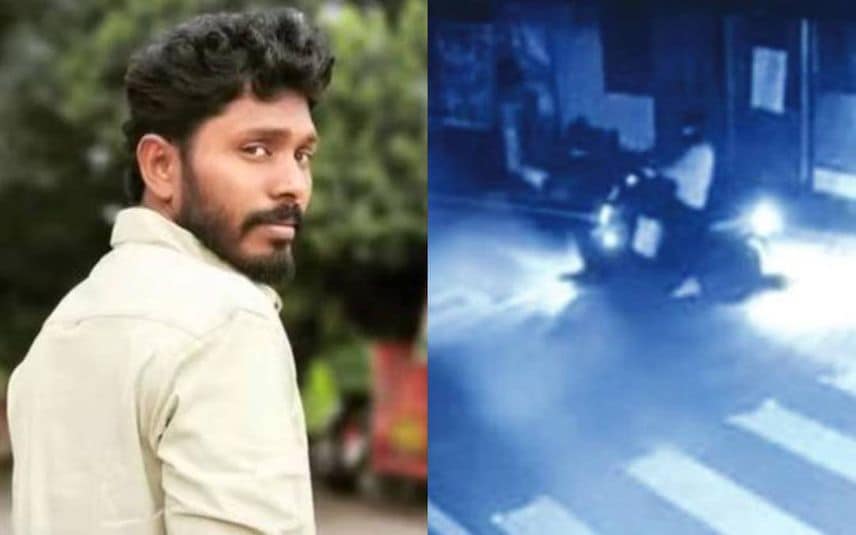 Jithin; a screengrab of CCTV visual of the attack

Thiruvananthapuram: Jithin, prime accused in the AKG Centre attack case, threw the T-shirt, the crucial piece of evidence in the case, into a lake, the crime branch told the court. Jithin was produced before the court after completing the evidence collection in the case. He was in police custody for the past four days.

His bail application will be considered on Tuesday.

The T-shirt he wore during the crime was a crucial clue that helped police to narrow down on Jithin, a Youth Congress worker. Jithin told the officers that he threw it into Veli lake immediately after the incident. Besides, the Dio scooter he used for travelling to the crime site is also missing. The officers believe it belongs to a Youth Congress leader. The search for the scooter is still on. Earlier, sources had said that the scooter belonged to a woman leader.

However, the crime branch claim that they have found his shoes.

Jithin was arrested last week in the June 30 incident of throwing explosives at the CPM state headquarters here. The first breakthrough happened after a two-month-long probe.