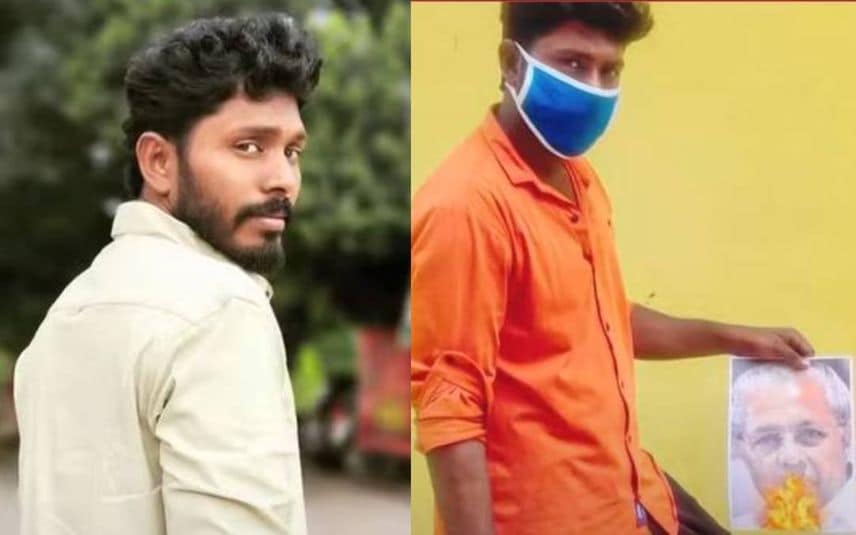 Thiruvananthapuram: The Crime Branch of Kerala Police claimed that Youth Congress leader Jithin confessed to throwing explosives at the CPM state headquarters. It recorded the arrest of Jithin in the controversial case marking the first breakthrough after almost three months since the attack.

Jithin told the officers that he borrowed the red-colour Honda Dio scooter for the act from a friend. However, he hasn’t told them how the explosive was procured, sources said. CB recorded the arrest of Jithin by around 11:30 AM. They had started quizzing him at nine in the morning.

An explosive was hurled at AKG Centre on June 30 at around 11.30 pm. The CCTV visuals showed a man reaching the spot on a two-wheeler and hurling the explosives at the AKG centre. The Crime Branch took over the probe into the case after the local police failed to identify the accused.

Meanwhile, Congress strengthened the attack on the government and CPM as LDF convener EP Jayarajan, who was present at the office during the incident, immediately accused Congress of the attack. The delay in finding the culprit caused a headache for the police.

Last week, Crime Branch sources suggested that they have zeroed in on a Youth Congress leader. However, they did not reveal any other details.