On the other hand N Ram was concerned much about the fact that investigative journalists have been targeted mostly in Pegasus snooping and urged the panel to take it very, very seriously. 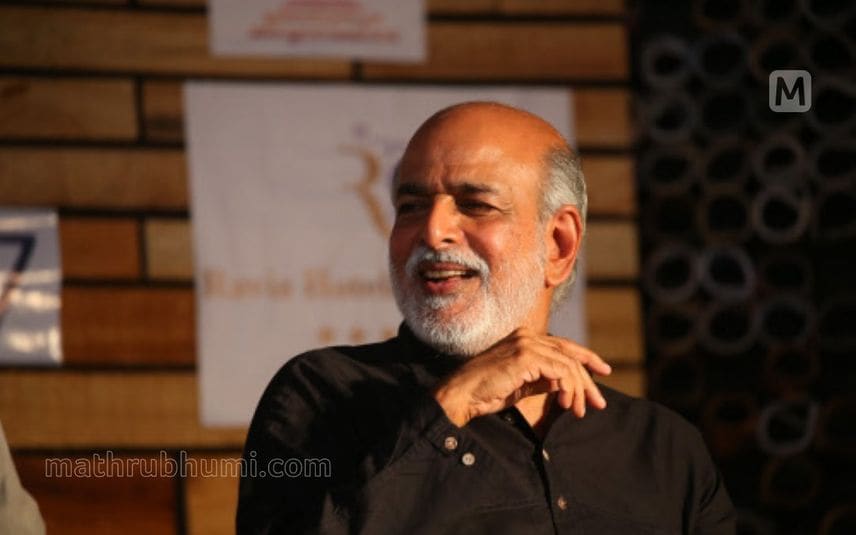 Kochi: Urging the central government to shun silence on Pegasus snooping, prominent journalists N Ram and Sashi Kumar have called for a transparent probe to bring the truth out while deposing before the expert panel appointed by the Supreme Court to investigate the allegations of snooping.

“The snooping showed how a mercenary rogue kind of a technology, like Pegasus, can pose a threat to the freedom of speech and expression, which we cherish. From the investigations held by Amnesty International and Forensic Lab, it was found that the level of sophistication of Pegasus actually matches or surpasses highly state-run intelligence devices in this area as it does not require an interaction with a server. No Java script or similar scripting is needed for intruding a device,” said Sashi Kumar.

In fact, democracies do not require such malwares for spying as they are fully equipped with electronic or digital intelligence, he added. “Despite having these, if a democracy resorts to it, it is a cause of concern. Autocracies or totalitarian regimes naturally shop for this malware because it helps them spy over their own citizens. They shop it not on national security reasons but to cover their own insecurity. By buying such spywares, such regimes try to bypass the systems that are in place to avoid due processes required for it and other necessary paperwork,” he added.

He urged the central government to disclose what they had to conceal by buying Pegasus. “We have the IT Act and the India Telegraph Act, in which there are strong procedures in place when we have to resort to such spywares. Have these procedures been followed, if Pegasus was used against its own citizens? What was the need for it? The government must disclose it by shunning silence,” added Sashi Kumar.

He mentioned the murder of Saudi-based journalist Jamal Khashoggi when he was in exile in Turkey, to convince the panel of experts how various regimes spy in on its own citizens to cover their insecurities. He came up with various other examples too from around the world on how various governments had used such spywares against its own people to suppress dissent.

Both Ram and Sashi Kumar mentioned the revelations by WhatsApp in 2019 that many of its customers' numbers were targeted by Pegasus. “However, the government was silent on it. At least now, the government must be willing to reveal truths behind Pegasus snooping,” added Shashi Kumar.

Both agreed that it is necessary to have surveillance mechanisms in sensitive areas of national security; but it should be guided by strong processes and methodologies backed by law. A kind of oversight mechanism could possibly be put in place in order to make sure that we should not get into a situation like this in future, Sashi Kumar told the panel.

On the other hand N Ram was concerned much about the fact that investigative journalists have been targeted mostly in Pegasus snooping and urged the panel to take it very, very seriously. “Forbidden stories, a French-based non-profit media organisation, informed several media organisations across the world, including The Wire in India, that it had access to a leaked database, which suggested that across the world more than 50,000 mobile phone numbers had probably been targeted for the use of a spyware called Pegasus. It further said, several of these numbers belong to journalists and human rights defenders."

"I am primarily concerned with the fact that out of the 12 people, whose mobile phone numbers were forensically analysed by Amnesty International and peer reviewed by Citizen Lab, seven belong to journalists. Notably, they are in no way connected to any organised crime or any anti-social activity. All they did was investigative journalism and it has to be dealt with seriously to avoid such situations in future,” said Ram.

On the floor of Parliament, WhatsApp officially reported that using the vulnerability the mobile numbers of its customers were targeted by Pegasus but the investigation on it still remains a mystery. He also urged the expert panel to get the updates of the investigation from the government. “Despite giving several opportunities, the government has not yet come forward in speaking out the truth,” he said.

He also brought the attention of the panel to the report that the US government blacklisted Pegasus for working against its interests.

“The two claims of NSO Group have been discredited by Citizens Lab. The first claim was that they can install and install remotely leaving no trace behind. This was found to be a wrong claim by Citizens Lab. It does leave traces but detecting it is a little hard. The other claim was that it sells Pegasus only to governments or government agencies to fight terrorism and for the security of the common man. This has also been proven wrong,” said Ram.

In the wake of these findings the US government blacklisted NSO Group. By appreciating the US government in its determination to blacklist NSO, Ram urged the central government to ensure a transparent probe to expose the truths behind Pegasus snooping in India. He also urged the technical committee to independently verify the findings of Amnesty International and Citizens Lab.