Meanwhile, BJP workers were booked as per IPC section 153 for inciting communal tension between different sections of people. 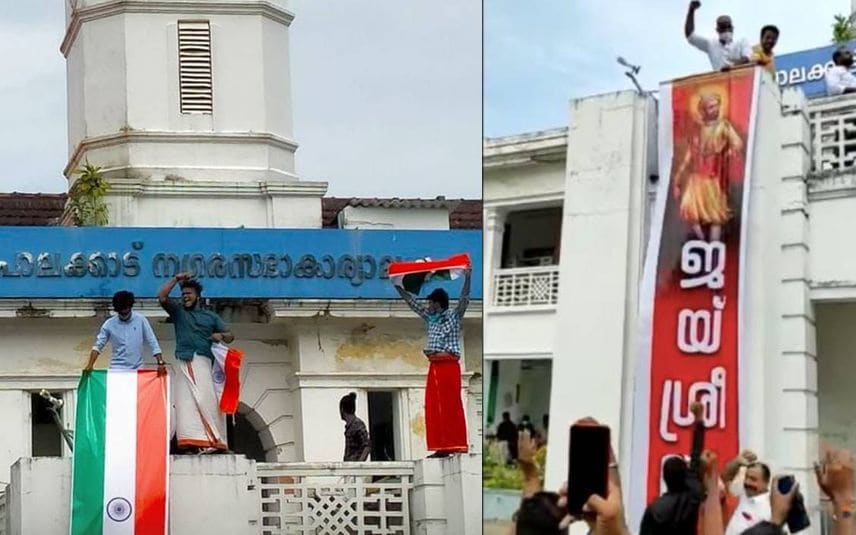 Meanwhile, BJP workers were booked as per IPC section 153 for inciting communal tension between different sections of people. The workers will be added to the accused list after the video footage of the incident is examined. The case was registered by Palakkad Town police based on the complaint by Palakkad Municipal secretary. The incident happened on December 16 at 12 pm.

The complaint stated that BJP workers raised provocatory slogans after climbing to the top of the Municipality building and hanging two banners. ‘Jai Shri Ram’ was written on one of the banners and the other one carried the photos of Amit Shah and Narendra Modi. Police officers who saw this instructed the banners to be removed immediately.

Only a few candidates and counting agents were present at the Municipality building when the incident happened. Meanwhile, BJP district president, E Krishnadas stated that the party leadership was not aware of the incident.