Comment on 'religious leaders who whitewash CPM' not about Abdussamad Pookkottur: KM Shaji 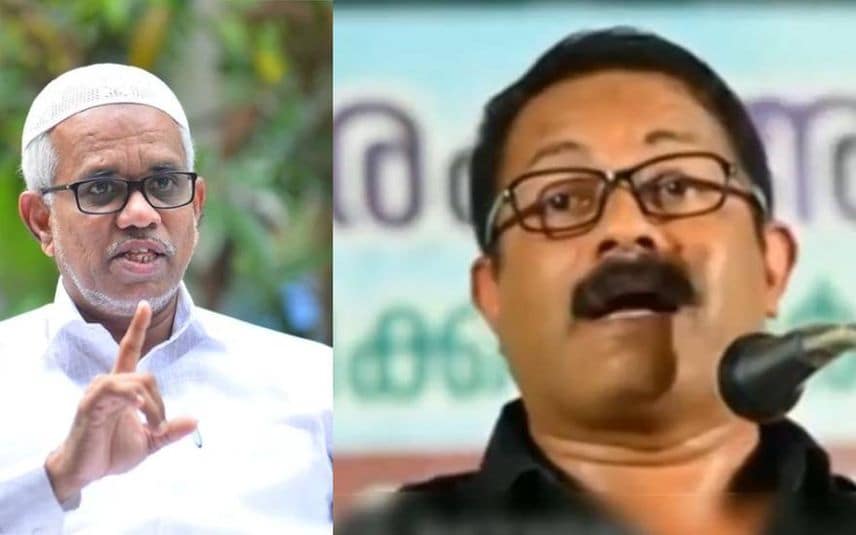 Kozhikode: Former Azhikode MLA and Muslim Youth League leader KM Shaji on Tuesday said that his speech that went viral on social media against Samastha Kerala Jamiat-ul-Ulema leaders was not against Abdussamad Pookkottur.

A trimmed version of his public speech is being propagated as a 'befitting reply' to Samastha Kerala Sunni Yuvajana Sangham (SYS) leader Abdussamad Pookkottur. Shaji, on a Facebook post, said that it is misleading. The rectification comes at a time when a difference of opinion is emerging between IUML and Samstha over the latter's relationship with the LDF government.

Pookkottur, in a recent interview, said that not all members of the communist parties in Kerala are non-religious and it is important for Samstha to be on good terms with the government for raising its demands.

In an apparent reaction to this, Shaji said: Kodiyeri Balakrishnan has clearly stated that CPM members cannot be believers. But some of our leaders are now correcting him and whitewashing CPM. Religious leaders need not take a class on communism.

On the Facebook post, he said that he regards Pookkottur with high respect and they have a very good personal bond despite varying viewpoints. “After all if we have some agreement or disagreement with family members or friends we will not speak it in a public forum,” he noted in his Facebook post.

Meanwhile, Samastha state secretary Onampilly Muhammad Faizy, through another Facebook post, attacked IUML general secretary PMA Salam for conducting a press meeting over his remarks on the Waqf Board appointment issue 'without studying the matter in a proper manner'.