Surendran alleged that Pinarayi Vijayan and Kodiyeri Balakrishnan, their relatives and benamis have accumulated assets illegally. 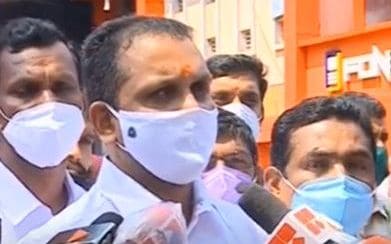 Thiruvananthapuram: BJP Kerala state president K. Surendran said that Chief Minister Pinarayi Vijayan was the mastermind behind the recent cases of corruption in the state. He alleged that the CM’s family has also enjoyed the fruits of such scams.

“Under Pinarayi Vijayan’s administration, Kerala witnessed unprecedented corruption and profiteering. It is time to conduct an investigation into the assets owned by him inside and outside the country,” the BJP leader said.

He was speaking after inaugurating BJP’s chain of protests in front of the Secretariat.

Surendran alleged that Pinarayi Vijayan and Kodiyeri Balakrishnan, their relatives and benamis have accumulated assets illegally. Pinarayi has become the most financially powerful Chief Minister in south India. This illegal amassment of assets must be investigated, he demanded.