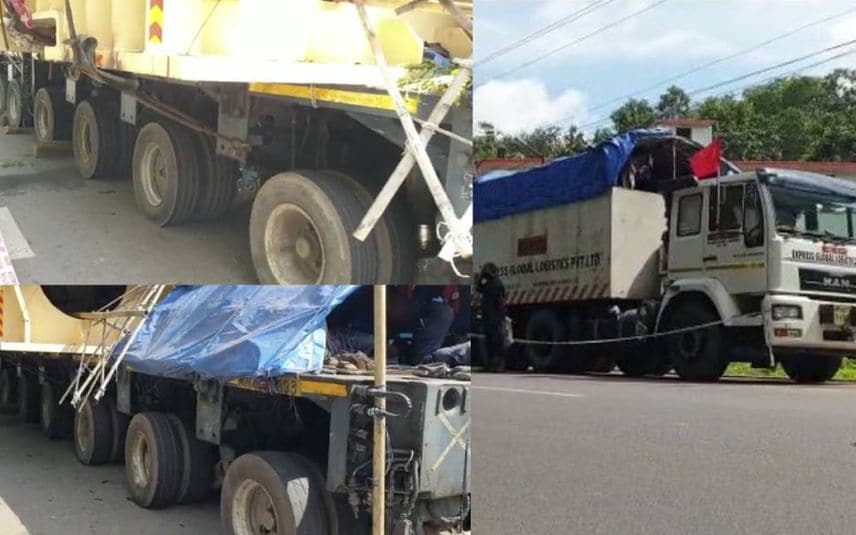 Thiruvananthapuram: A lorry carrying heavy machinery for the Trisonic wind tunnel being constructed at Vikram Sarabhai Space Centre (VSSC) was stopped by the locals at Kochuveli. The heavy vehicles carried giant syntax chambers for the ISRO's wind tunnel project. The locals argued that cargo brought via the road is feared to cause severe damage to the small road through which the vehicle has to travel.

When the vehicle reached the area, locals rushed to the spot to stop the lorry and demanded a payment of at least Rs 2,000 per tonne for allowing the lorry to travel further. Discussions are underway between VSSC officials and local representatives to resolve the issue. The VSSC officials said that the locals want at least Rs 10 lakh in this regard.

The container lorry carried two large chambers, which is 10 m long and 5.5 m in diameter. The axles on the vehicle in which the chambers are mounted have 44 wheels. This will not allow other vehicles to pass through the road. Power lines and cables should also be checked while the vehicle travels through the cramped up roads. To manage this issue, several employees are also escorting the vehicle.

The Trisonic Wind Tunnel is a tool for studying the reflections made by spacecraft and rockets while passing through the atmosphere. The machine parts made in Pune was transported to Mumbai via road and then by sea to Kollam port.