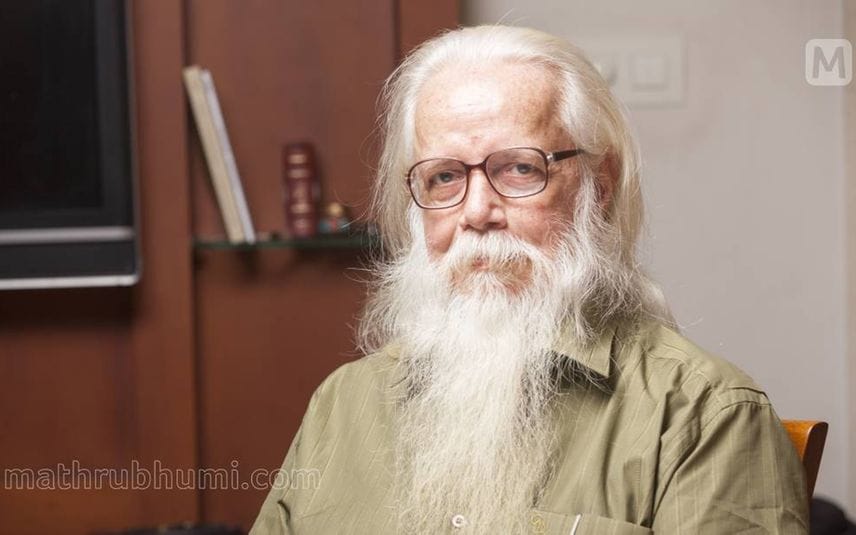 Kochi: The Kerala High Court on Monday dismissed the plea of a former police officer, accused of falsely implicating Nambi Narayanan in a spying case in 1994, who had alleged that the ex-ISRO scientist influenced the CBI probe against him back then.

Former Kerala Police officer S Vijayan had alleged that Narayanan influenced the CBI probe by entering into land deals worth crores with the then investigating officials of the agency.

Vijayan, along with 17 other former Kerala police and IB officials, is facing a CBI probe for allegedly falsely implicating Narayanan and some others in the 1994 spying case.

Vijayan had argued before the high court that he had placed before the trial court encumbrance certificates of several acres of land in the Tirunelveli district of Tamil Nadu which show Narayanan or his son as power of attorney holders.

These lands were sold to the CBI officials, Vijayan had alleged and contended that this material was sufficient for the trial court to order an investigation under the Prevention of Corruption Act against the scientist and the agency officials.

The high court, however, had said that encumbrance certificates do not prove sale of land and asked Vijayan to show the actual sale deeds.

The high court had also said that sanction to prosecute would also be required for the trial court to order an investigation.

Vijayan and three others were granted anticipatory bail by the high court in August in the CBI's conspiracy case against them.

Besides the four, 14 others are named as accused in the case for various offences, including criminal conspiracy, kidnapping and fabrication of evidence in connection with the arrest and detention of Narayanan in the espionage case.

Besides Narayanan, two Maldivian women -- Mariyam Rasheeda and Fouziyya Hassan -- were also arrested and detained in the case. The two women were jailed for over three years before being released.

The two Maldives nationals recently moved the CBI requesting it to place before the Supreme Court their claim for damages of Rs 2 crore from each of the 18 officers who are arrayed as accused in the conspiracy case being probed by the agency.

The women have urged the agency to place their claim for damages before the apex court when it hears CBI's appeal against the Kerala High Court order granting anticipatory bail to the four accused - a former DGP of Gujarat, two former police officers of Kerala, and a retired intelligence official - in the conspiracy case being probed by the agency.

The agency, in its appeal, has sought cancellation of the anticipatory bail granted to the four accused by the high court on August 13.

Forest Department collects jackfruits to drive wild elephant away into ...