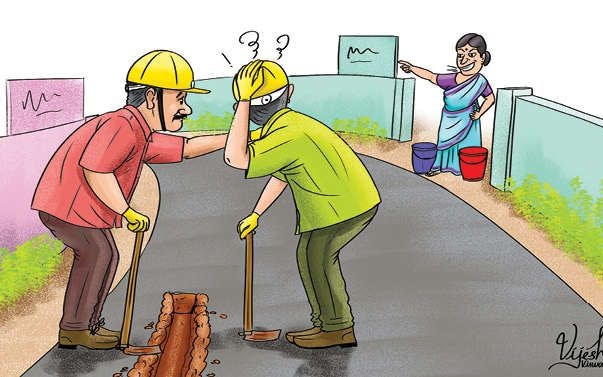 Kalikavu: Irrigation Department fell into confusion in laying water supply pipes in Kalikavu grama panchayat. The road was dug and a pipe was laid on the nearby Thalikkuzhi road instead of the Cheringappadi colony to bring drinking water. The grama panchayat had submitted a plan to the irrigation department to provide drinking water to the Cheringappadi colony as part of the Jal Jeevan mission.

By the time the locals and the Gram Panchayat member reached the spot to stop the work, about 100 metres of pipe had been placed. Authorities have assured the restoration of the road. The supply of water to the Cheringapara colony, where the drinking water shortage is critical, will be delayed further.

DCC President VS Joy mocks at CM; says jail being inaugurated by a robber