Though the probe agencies had demanded to reveal their major financial deals, Unitac MD Santhosh Eappen had not revealed this. 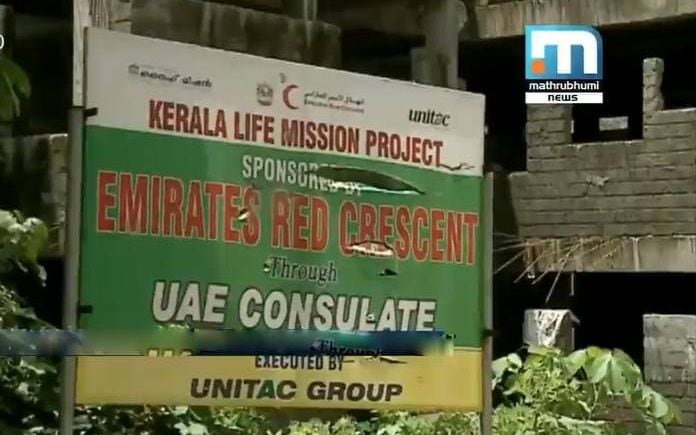 Kochi: The Indian Super League (ISL) team Kerala Blasters headquartered in Kochi also will come under the investigation in connection with Life Mission scam. When the probe expanded to the financial transactions of Unitac Builders, it was found out that they sponsored Kerala Blasters. Unitac had also made an ad film with Kerala Blasters players.

Though the probe agencies had demanded to reveal their major financial deals, Unitac MD Santhosh Eappen had not revealed this. The financial transactions of Unitac which took place 2 years before the contract with UAE Red Crescent and after the same are being investigated.

During the examination in this regard, Unitac was spotted in the list of sponsors of Kerala Blasters a year before the former's contract with Red Crescent. Unitac was involved as 'sleeve partner' in the then jersey used by Kerala Blasters. It is yet to be found how much worth this contract was.

The probe agencies are also investigating if Unitac was financially stable to be able to sponsor a team like Kerala Blasters. The owners and officials of Blasters team had changed after this season. The investigation agencies are trying to find out the financial deals taken place during that time.