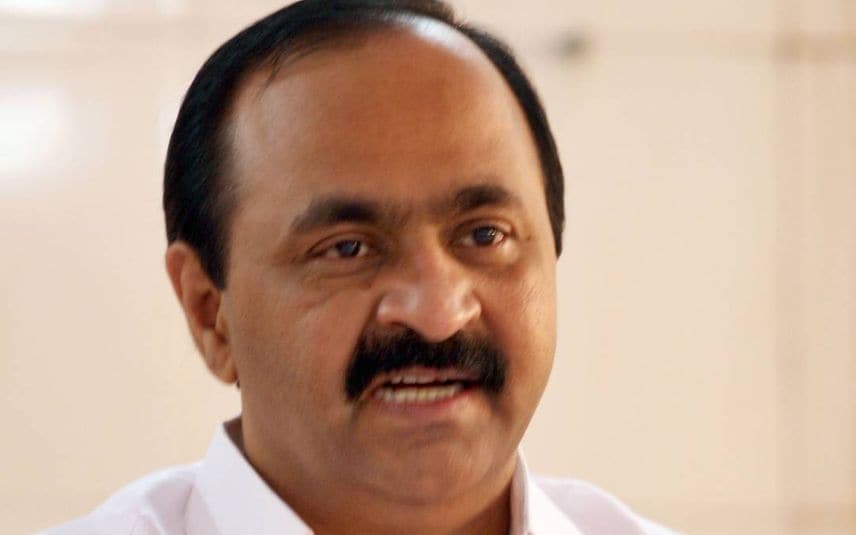 Kottayam: The Indian National Trade Union Congress (INTUC), the trade union wing of the Congress party, on Friday took out a protest march at Changanassery town near here against Leader of Opposition V D Satheesan who had recently made a comment that the trade union was not a feeder organisation of his party.

Hundreds of INTUC workers staged the protest march raising slogans against the senior Congress leader asking him to apologise and withdraw his statement.

Satheesan on Wednesday lashed out at the trade union over their decision to protest against a private television channel here after one of its anchors made some alleged disparaging remarks against Left trade union leader and Rajya Sabha MP, Elamaram Kareem.

Satheesan had said that the media criticised political leaders everyday and they have the right to do it.

"We all get a lot of criticism everyday and the protest march to channel offices or media houses against such criticisms cannot be accepted," Satheesan had said.

When it was pointed out that it was the INTUC which had organised the protest march, Satheesan had replied that "INTUC is not a feeder organisation of the Congress party, but an organisation with people who are associated with the Congress."

Satheesan's remarks have not gone down well with the INTUC members across the state.

"We want Satheesan to apologise and withdraw his statement. Be it election work or a political rally for the Congress party, it's the INTUC workers who are out on streets to work for the party," INTUC workers told the media.

INTUC had sharply reacted to the television anchor's alleged remark on Tuesday against Kareem in relation to the two-day national strike organised by the joint platform of trade unions.

The joint platform of the central trade unions marched to the channel's office on Wednesday protesting against the statement.

The incidents happened in connection with the national strike called by the joint platform of central trade unions against "the anti-worker, anti-farmer, anti-people and anti-national policies" of the central government.

Satheesan has not yet reacted to the protest of the INTUC workers. PTI