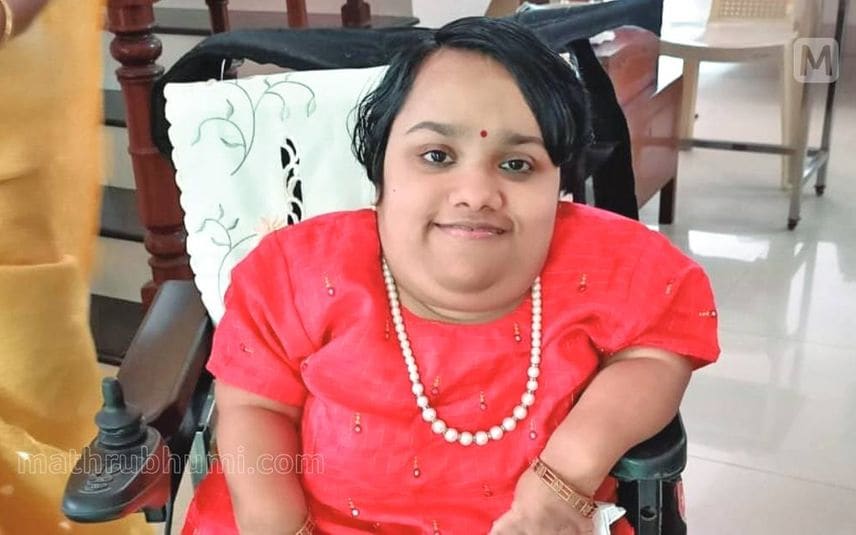 Thiruvananthapuram: The interview board of Sree Sankaracharya university appeared before physically challenged Sarada Devi to interview her for the post of guest lecturer.

Physically challenged candidate Sarada Devi could not reach the college as the Vanchiyoor road to the regional centre of Sree Sankaracharya University was under construction. The other candidates arrived for the interview by foot after parking the vehicles at a distance. But Rishimangalam natives Vijayakumar and Valsala, parents of Sarada Devi, decided to return as they could not carry their daughter on a wheelchair through the road full of mud heaps and potholes. Meanwhile, the members of the interview board who came to know about Sarada Devi’s plight informed the family to stay in the car itself and the officials reached there to interview her.

The interview board, including Sree Sankara Centre director Dr Omana and the head of the English department Dr B Harikumar and others, carried out the interview inside the car for over half an hour. Later, Sarada Devi had posted a note on social media describing the events that followed when she went to attend the interview and requested the authorities to consider the challenges faced by physically challenged people like her.

Attukal Pongala: Devotion at its peak

Though her life has been bound on a wheelchair, Sarada Devi was always determined to pursue her education with utmost devotion. Sarada Devi, who is a research student, had completed her graduation and post-graduation with first class in English Literature. She had also passed NET and completed MPhil.

Festive faces from the capital

Cong leader amazed to see countless ambulances on road; gets lectured on ...