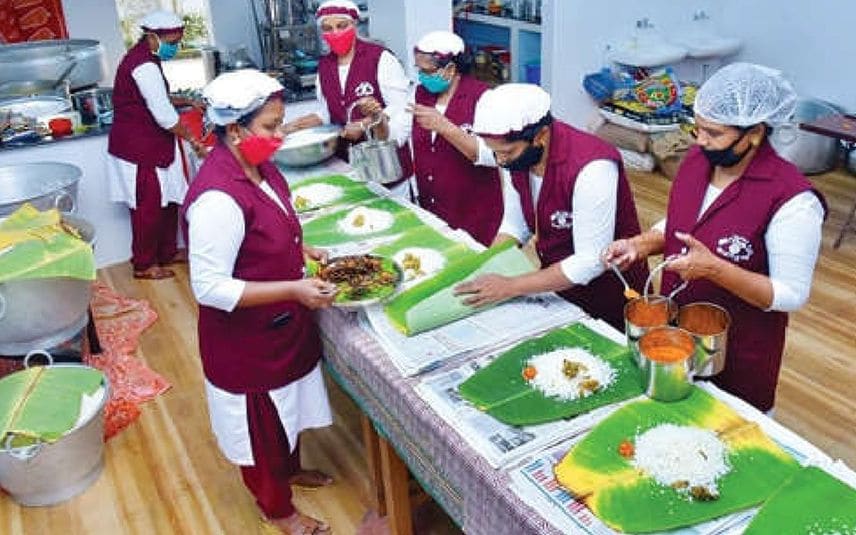 Cheruvathur: 'Janakeeya' hotels operated under state government agency Kudumbashree, which became a hit among commoners in Kerala are now going through a crisis period. In spite of wider public acceptance for budget-friendly offerings, these hotels are in financial crunch due to skyrocketing prices of vegetables and cooking gas.

The case of functioning of Janakeeya hotels in Kasaragod district highlights the crisis they are in. A total of 42 such hotels are functioning in the district, which comes under 38 gram panchayats and three municipalities. The operations are spearheaded by Kudumbashree’s Community Development Society (CDS). Notably, it directly offers job to 162 members.

They claimed that the price hike of vegetables are increasing the operational cost. For instance, preparation of 'sambar', a common dish made of many vegetables, has become a very costly affair. Tomato price had breached Rs 100 mark for one kilogram. Drumsticks, okra, carrot, ivy gourd, beans and potato cost Rs 300, Rs 100, Rs 90, Rs 90, Rs 75 and Rs 35 for one kilogram respectively. Though there is a small decline in price, the cost remains high.

Meanwhile, Kudumbashree District Mission provides a subsidy of Rs 10 for one meal. The building, water and electricity charge is borne by the local self-government. Notably, Civil Supplies department is providing rice at a rate of Rs 10.90. However, those involved in cooking say that rice offered cannot be used due to boiling issue when cooked in large quantities.

So, they are forced to buy rice at price range of Rs 33 to Rs 35. The money spent for such expenses are balanced by offering special dishes. Among them, fish fry and chicken fry are the two dishes which help them to sustain the business by meeting expenses.

It is important to note that in the long-run, Janakeeya hotels cannot sustain the business without domestic production of vegetables or regulation of the prices by government.

According to PV Prasanna, CDS vice chairperson who is heading the operations at Kalakkadav Janakeeya hotel, the business can improve if at least vegetables are available at affordable rates. She said that though the objective of Janakeeya hotel is not limited to profit maximization to avoid losses they are relying on alternatives such as special dishes.

The main attraction of Janakeeya hotel is Rs 20-meal. The quality and budget-friendliness compared to number of dishes offered have given wider acceptance to it among public. Interestingly, amid vegetable price hike and inflationary trends, many are opting Janakeeya hotels. The number of people buying meals packet as parcels after having food from these hotels too have reportedly increased.