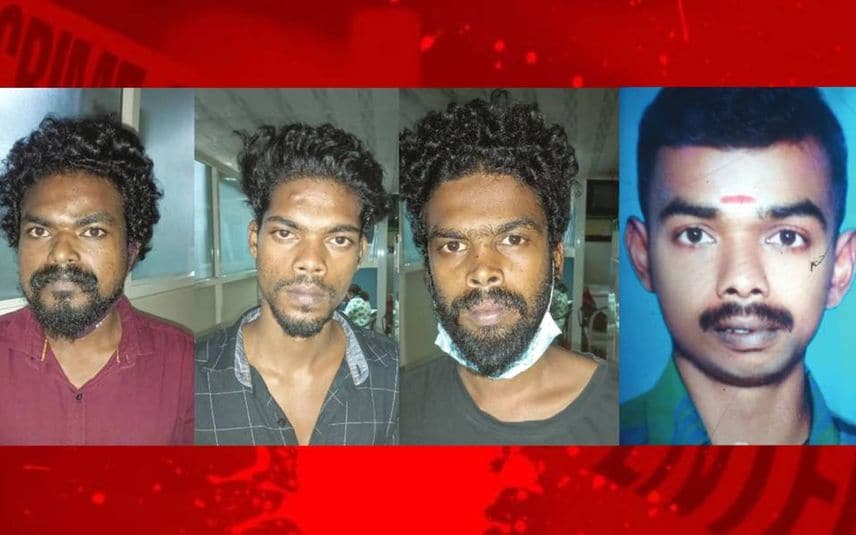 Venjaramoodu: Police arrested three youth in connection with the death of a man from an under-construction building. Vishnu (30), Sarath Kumar (25) and Nidheesh (21) were identified as the suspects in the death of Koliyakode native Shibu (31).

Police informed that the deceased and other two suspects had arrived to attend the marriage of the accused Vishnu’s sister. On the night after the marriage, four of them had liquor together from the top of an under-construction building near the house of Vishnu. Unfortunately, Shibu slipped and fell down while descending through the stairway and sustained serious injuries in the fall. Though the other three companions took him to the family health centre in Kanyakulangara, the doctor recommended that he be taken to the Govt Medical College.

The doctor who attended Shibu at the Medical college asked the friends to carry out tests, including scanning and X-ray. However, the suspects requested for discharge of Shibu assuring that they would admit him in another hospital. But, three of them took Shibu to his house by an autorickshaw even without removing the cannula from his hand.

Later, Shibu died the next day morning due to excessive bleeding from nose and mouth.