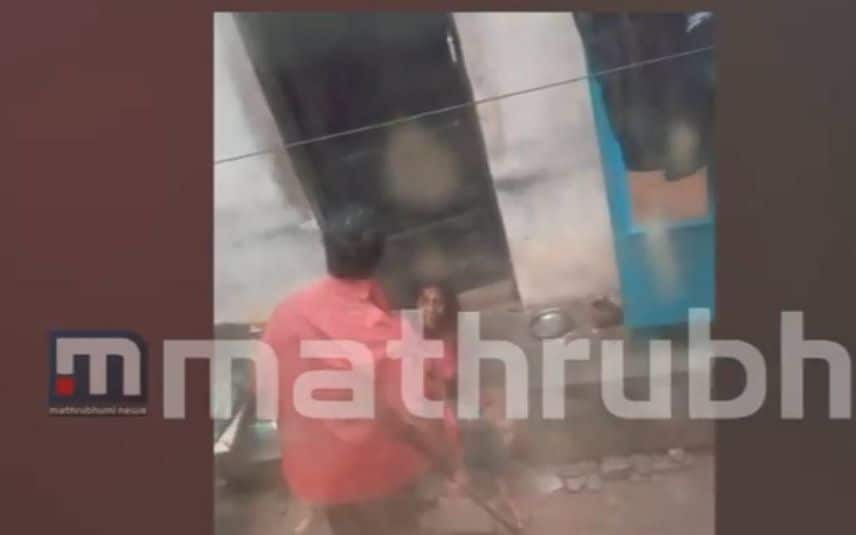 Kollam: A man brutally attacked his 84-year-old mother demanding money at Chavara here. His mother Omana who suffered severe injuries has been admitted to a private hospital here. Police have taken Omanakuttan into custody in connection with the incident.

The vicious assault happened on Sunday around noon. By claiming that he had entrusted some money to her mother, Omanakuttan attacked his mother demanding the money back. He was allegedly inebriated when he attacked his mother. He thrashed his brother also when the latter tried to stop him. He did not stop beating his mother even when her dress slipped amid the attack. The man dragged his mother through the yard and manhandled her with both hands and a stick.

But when police reached the hospital to record the mother's statement, she told them that no one attacked her. However, police took a case by examining the visuals of the assault which went viral on social media.

Kozhikode: Kerala will observe 'Bakrid' or ...

EKM woman stops KSRTC bus that moved on its own, says she doesn’t know ...