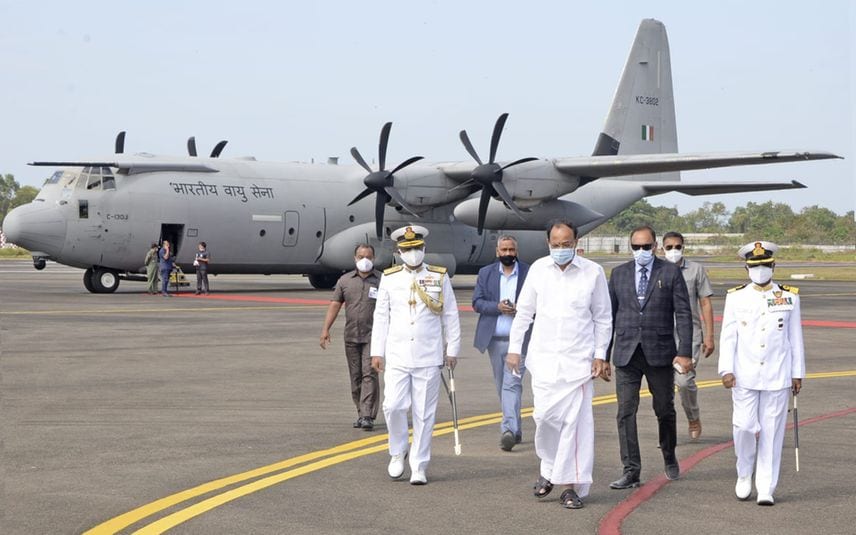 Kochi: Indian Navy extended a warm welcom to Vice President M Venkaiah Naidu who reached Kochi after his Lakshadweep visit. The Vice President reached the Naval Airport at 10.45 am in a special aircraft of the Air Force.

The Vice president’s wife Usha and other family members were also present. He inspected the Guard of Honour of the Indian Navy. He will be in Kerala on January 2 and 3 attending different programmes and will return on Tuesday morning.

Thiruvananthapuram: Chief Minister Pinarayi Vijayan on Tuesday visited the UAE Consulate here to offer Kerala's condolences over the recent demise of the ..

Thrissur: Chinnama and Baby were literally the two pillars of the little ones enrolled in Panjami anganwadi at Thangaloor here for decades. That’ s why ..