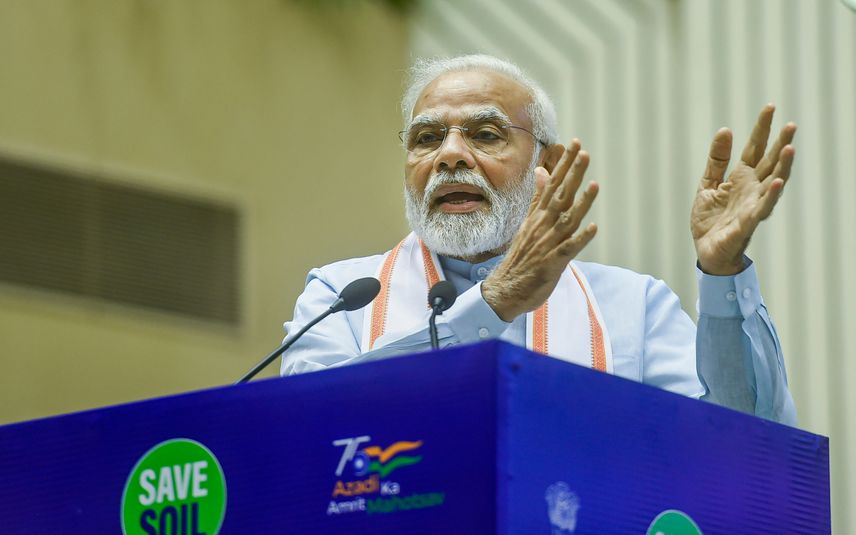 New Delhi:Prime Minister Narendra Modi announced on Sunday that India has achieved the target of 10 per cent ethanol blending in petrol five months before deadline.

Making the announcement at a programme on the 'Save Soil Movement', which coincided with the World Environment Day, Modi cited a number of measures taken by his government to protect the environment, saying its efforts have been multi-dimensional despite the country having a negligible role in climate change.

The rise in ethanol blending in petrol from two per cent in 2014 to 10 per cent now has reduced carbon emission by 27 lakh tonnes and saved Rs 41,000 crore of forex reserve. This has also brought Rs 40,000 crore of income to farmers, he added.

In his address, the prime minister said India has also achieved its goal of having 40 per cent of its installed power generation from non-fossil fuel-based sources nine years before the deadline.

The 'Save Soil Movement' is a global initiative to increase awareness about deteriorating soil health and bring about a conscious response to improve it, the Prime Minister's Office (PMO) had said in a statement.

The movement was started in March by Sadhguru Jaggi Vasudev, who embarked on a 100-day motorcycle journey passing through 27 countries, it said, adding that June 5 marks the 75th day of the journey.