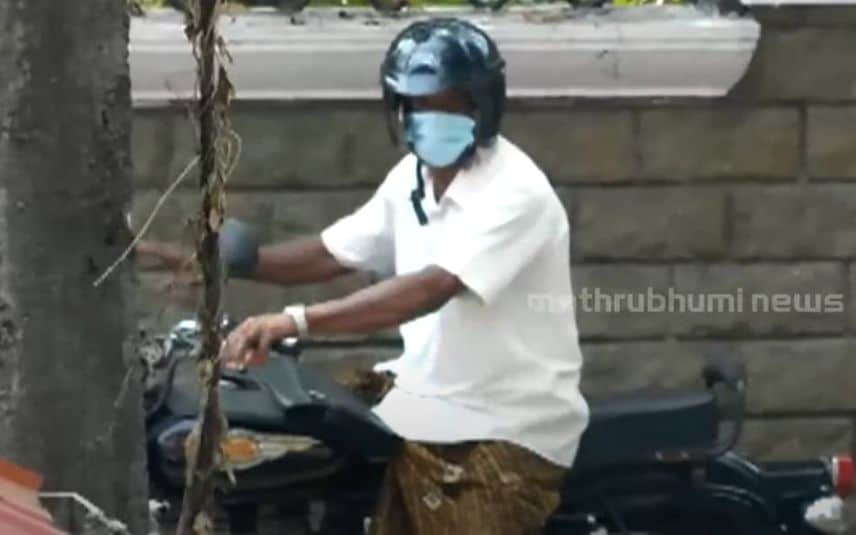 From the visuals captured by studentsd | Photo: Mathrubhumi News/ Screengrab

Pathanamthitta: Police are on the lookout for two men for exhibitionism in front of a women’s hostel in Pathanamthitta. The two men who reached on bikes exposed nudity and also showed obscene gestures. Mathrubhumi News released the video footage shot by the students residing in the hostel.

The incident happened between 11 am and 12 pm on Friday. A man on a bullet wearing shirt and dhoti, along with another scooter rider, stopped their vehicles in front of the hostel and flashed their private parts. The middle aged men look above 45 years.

The two videos shot by the girls are of 30 seconds to one minute. As the men were wearing helmets and masks, it is difficult to identify them from the visuals. The number of the vehicles were also not clear.

The students living in the hostel are finding it difficult as such incidents keep repeating. They captured the video this time and showed the visuals to the hostel warden and informed police.

Police said that a team is examining the visuals and a detailed probe will be carried out in the region.