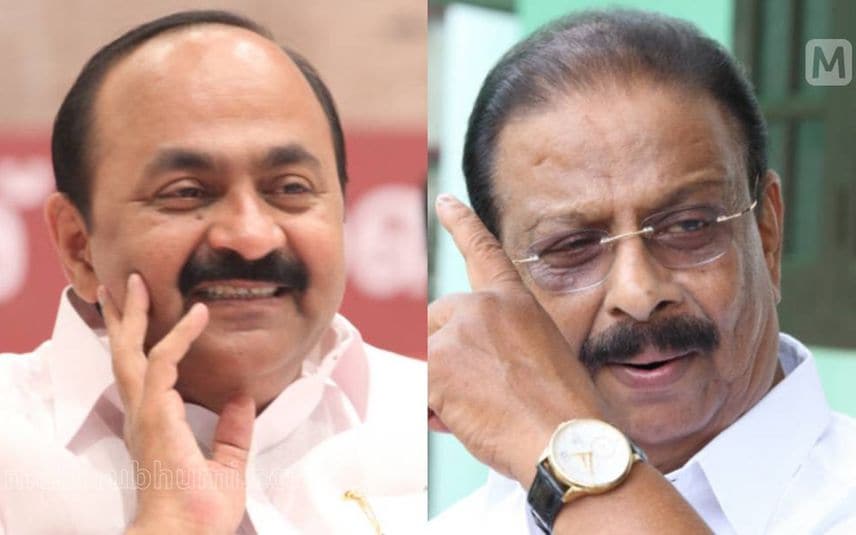 Kozhikode: The protest against Chief Minister Pinarayi Vijayan inside a flight has triggered more dramatic incidents in the state. Now, DYFI has approached the DGP with a complaint against KPCC chief K Sudhakaran and Opposition leader VD Satheesan. The youth wing of CPM took the move hours after the Thiruvananthapuram First Class Judicial Magistrate court issued an order asking the police to book LDF convener EP Jayarajan over Youth Congress’ petition.

In the complaint, DYFI alleged that Sudhakaran and Satheesan had hatched a conspiracy to kill Chief Minister Pinarayi Vijayan inside a flight. The complainant pointed out that the protest of Youth Congress activists against CM inside the flight was part of a big conspiracy.

DYFI state secretary VK Sanoj alleged that the KPCC chief and VD Satheesan are also involved in the conspiracy.

“ We have filed a complaint with the DGP seeking an inquiry against the KPCC Chief and Opposition Leader over the alleged conspiracy. Only Youth Congress activists are not involved in this case. The protest inside the flight was staged with the permission of Sudhakaran and Satheesan,” said Sanoj.

On Tuesday, police arrested Youth Congress vice president KS Sabarinadhan over charges of conspiracy to attack CM inside the flight. He was later released on bail.

DYFI on warpath against drug abuse in Kerala