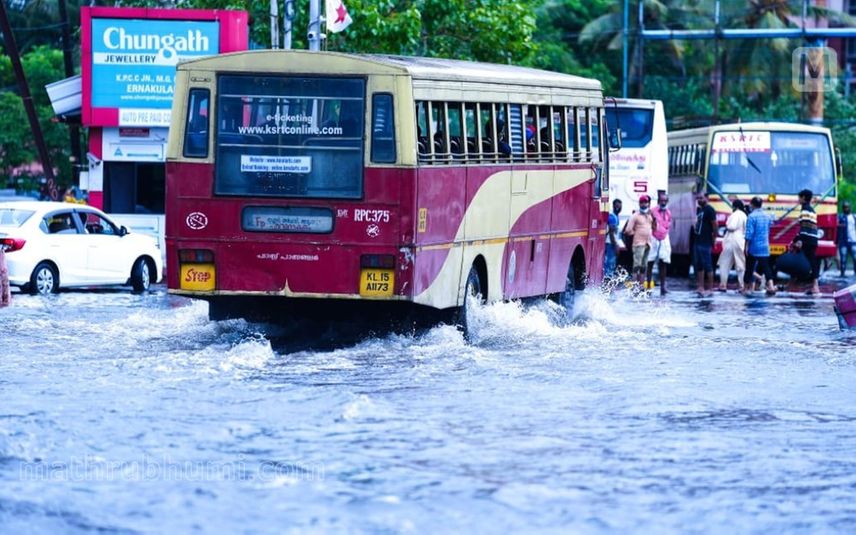 Thiruvananthapuram: The India Meteorological Department predicted heavy rain in Kerala and sounded red, orange and yellow alerts in various districts of the state. The department asked the people to exercise caution in the low-lying regions, mudslide or landslide-prone areas and hilly landscapes in view of the torrential rainfall.

Ernakulam, Idukki, Thrissur, Malappuram and Kozhikode are the districts where IMD sounded red alert on Sunday.

As heavy rains are expected to continue, red alert will be in place in Ernakulam, Idukki, Thrissur, Kozhikode and Kannur on Monday too.

Extremely Heavy Rainfall has been forecasted in the districts where a red alert is sounded. It suggests a rainfall of over 204.5 millimetres within 24 hours.

Districts in which orange and yellow alerts announced

The Chief Secretary has called an emergency meeting of all concerned departments on Saturday evening and directed district collectors to intensify the preparations.

A 24-hour control room has been started for places prone to flooding. It is also directed to start camps if necessary to shift people living in areas prone to landslides and flooding and to ensure basic facilities including food and water.

The arrangements to pump water from water logging areas have also been made.

The Disaster management department has asked people to avoid travelling to hilly areas and directed tourists to halt at safe spots.

The Central Meteorological Department has forecasted that the monsoon will reach the southern Andaman Sea, Nicobar Islands and the south-eastern Bay of Bengal on Sunday.