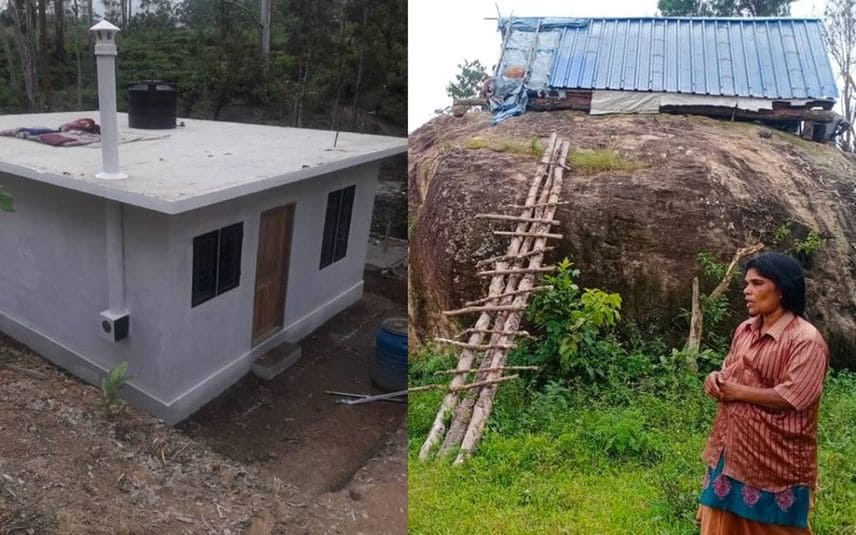 Thodupuzha: The state government has completed the construction of a new house for a woman and her son who faced wild elephant attack here. Vimala and her son Sanal have been living in a shed on a rock after a wild elephant destroyed their house.

As Vimala’s pathetic story made headlines, the state government constructed a new house under Life Mission Project. Minister for local self-governance and excise MVGovindan informed that the house key will be handed over to Vimala soon.

The land possessed by Vimala was prone to wild elephant attacks. Observing this, the government allotted new land to her and constructed the house.
Vimala and her son were forced to shift to a temporary shed made of tarpaulin sheets after a wild elephant destroyed their house. Medical treatment of Vimala’s son was also interrupted amid the issues.

Minister had ordered to take immediate action to help Vimala after the media reported her struggle to survive.

Later, the panchayat director held talks with the collector and asked the tehsildar to take immediate action. A team of officials led by the tehsildar identified land for Vimala’s new house.

The minister also directed the officials to shift Vimala and her son to a safe shelter till the house gets ready.