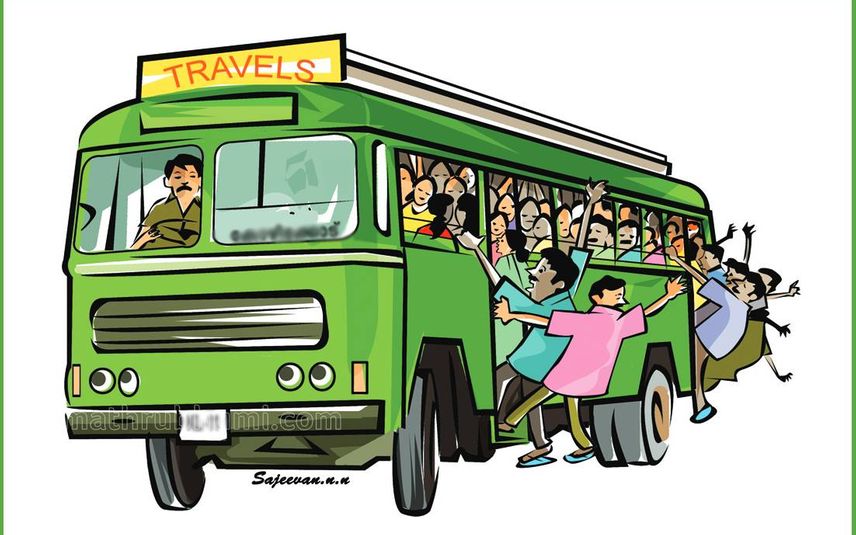 Moolamattom: A MCom student of St. Joseph’s College in Idukki’s Arakkulam boarded a KSRTC bus from Kulamavu. She was on her way from home to join other students in the college for an excursion trip.

During her journey, the student could not get seat to sit and travel hence handed over her bag to a woman sitting beside. When the bus conductor came to issue ticket, the girl opened her bag to take money. She paid the conductor and the balance amount was kept in the bag itself. When the bus reached Ashoka Kavala in Arakkulam, the woman sitting with the bag offered seat and alighted from the bus.

The bus was approaching Moolamattom and the student checked her bag on suspicion. She realized that the money has been stolen from her bag. The student had Rs 7000 in the bag. On knowing about the theft she alerted the people of the bus.

The conductor informed the matter to Kanjar Police. Meanwhile, some co-passengers and locals in an auto-rickshaw rushed to the place where the woman alighted. On enquiry, they spotted the woman from the corridor of a financial establishment. Another woman from the nearby shop saw the latter counting cash and told the people who came in search of her.

The woman told police that she had not stolen money. But when a woman police official checked her bag the money was found. Though the woman was taken to the police station, the student informed that she is not interested in legal procedures as she got the money back. An out-of-court settlement happened as the woman who stole the money pleaded and apologized. The student thanked the police and left for her college.