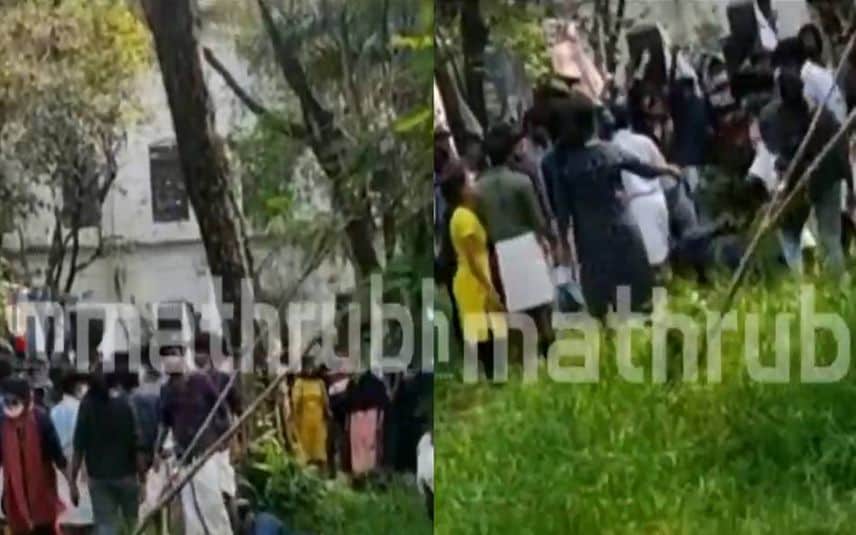 SFI was holding a protest rally in the college against the murder of their leader Dheeraj Rajendran in Idukki engineering college, allegedly by KSU and Youth Congress workers. There were verbal exchanges between both factions during the rally that led to the clash, sources said.

Police have camped at Maharajas College and law college as well.