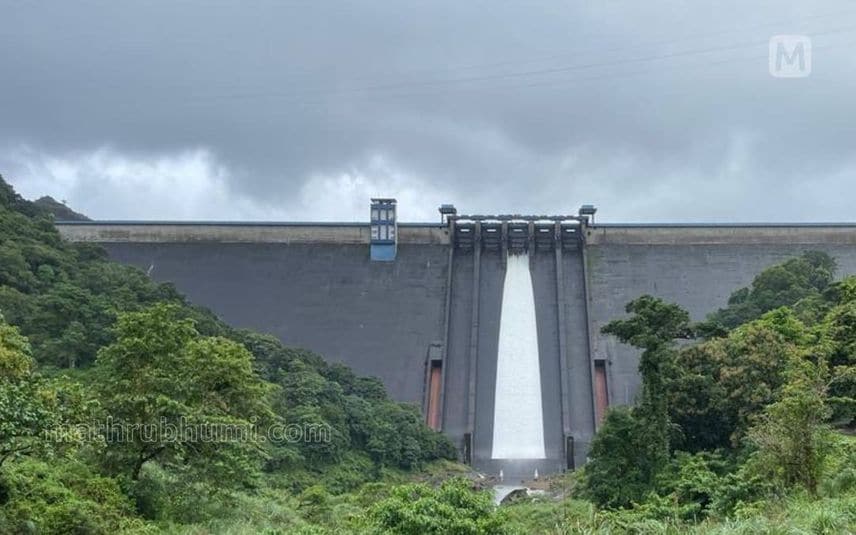 Idukki: One of the shutters of Cheruthoni Dam of Idukki reservoir has been raised by 75 cm to release excess water on Sunday. KSEB officials raised the shutters at 10.10 am after the water level in the dam increased to 2,382.88 feet. State Water Resources Minister Roshy Augustine said that there is no need to panic at present.

The amount of water that will be released is 50 cusecs (50,000 litres). According to reports, there is showering in the region, and authorities are closely monitoring the situation.

The Idukki reservoir consists of two dams- the Arch Dam and the Cheruthoni Dam.

Earlier, Kerala Industries Minister P Rajeev said there was no need for any concern with regard to the opening of the Idukki Dam to discharge the excess water, as the distributaries and streams from the Periyar river have been cleaned to ensure the natural flow of water.

Rajeev had chaired a meeting of officials here to evaluate the situation as the Idukki district authority decided to open the Cheruthoni Dam of the Idukki reservoir.

The Kerala State Electricity Board (KSEB), which manages the dam, issued a red alert as the water level increased to 2,383.30 feet. It also said that there was moderate rain in the catchment area.