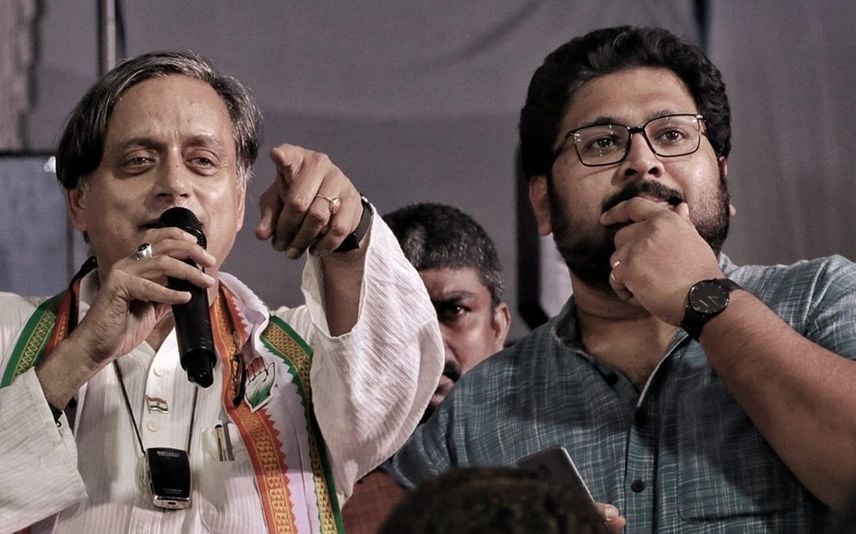 With a note of gratitude, Shashi Tharoor has shared the Facebook post of Sabarinadhan, which elaborates why the Congress party needs Tharoor as its president.

Sabarinadhan opined that the secular stances of Shashi Tharoor will help the party to lead the anti-BJP campaigns in the nation and added that there is none except Shashi Tharoor, who advocates the ideologies of Gandhiji, Ambedkar and Nehru in accordance with the 21st century. Above all, Tharoor is a cent per cent Congressman, as he always stood firm with the party against all odds in his personal and political life, opined Sabarinadhan.

The party has to keep a keen eye on the social and cultural developments worldwide. Hence, the party can achieve this through Tharoor, who always updates himself with such changes, noted Sabarinadhan.

Sabarinadhan also shared his conviction that Shashi Tharoor can lead the party by coordinating all leaders in Congress. He said that the candidature of Shashi Tharoor is a pride for every Malayali as the party had no Malayali president after Chettoor Sankaran Nair who became president in 1897.

Gandhi family stressed they won't back anyone 'directly or indirectly': Tharoor

Congress prez poll: Digvijaya Singh to back off after Kharge's entry as ‘official candidate’