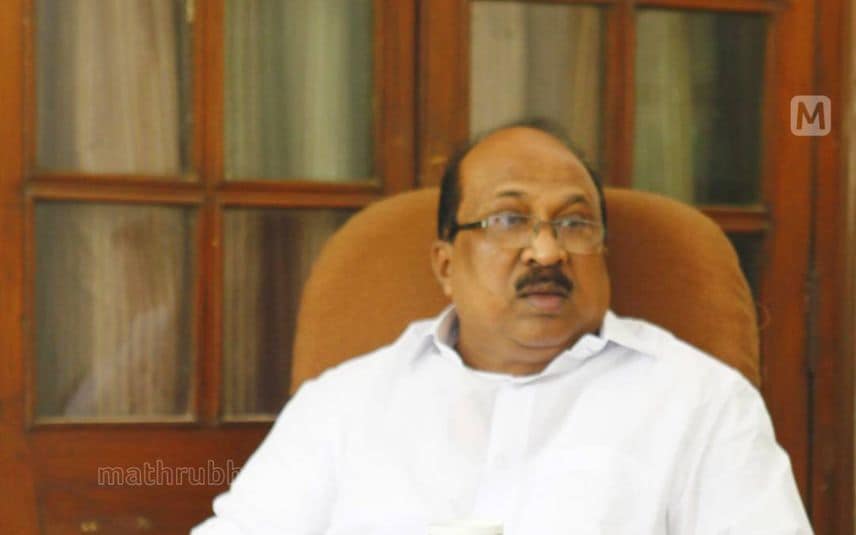 Kochi/Thiruvananthapuram: A day after senior Congress leader K V Thomas alleged that he participated in the CPI(M) 23rd party congress due to threats from within his party, he said he has received a show cause notice from the party's disciplinary committee and that he will respond to it.

Speaking to reporters in Thiruvananthapuram after receiving the show cause notice, Thomas said when party leader K C Venugopal had informed him that Shashi Tharoor was not participating in the CPI(M) party congress, he had said he too will not go.

However, the threats and intimidation from within his party came after that and therefore, he decided to attend the seminar.

Both Tharoor and Thomas were invited by the CPI(M) to attend the seminar on Centre-State relations as part of its 23rd Party Congress which commenced on April 6 and concluded on Sunday.

Thomas said he will mention everything he has to in his reply to the show cause notice and added that irrespective of the decision of the disciplinary committee, he will continue to be part of the Congress party.

"I will not leave the Congress. I will continue to be a Congressman till the day I die," he said.

Thomas also sought to know how the Kerala Pradesh Congress Committee (KPCC) president and Leader of Opposition in the state assembly V D Satheesan can berate him and make accusations against him while the disciplinary committee was deliberating upon the complaint made against him.

He was referring to the press conference held in Kochi where Sudhakaran and Satheesan accused Thomas of "betraying" and "cheating" the grand old party by attending the event in Kannur, where over the years more than 80 party workers have been killed, allegedly by the Left party.

Sudhakaran told media that there were several other platforms or events where Thomas could have spoken about Centre-state relations and the CPI(M) party congress was not the only stage for that.

Thomas, who held posts like union minister and minister in the state government when the Congress was in power both at the Centre and the state, had alleged that he was humiliated to the core and subjected to harsh social media campaigns by certain party men.

Responding to this allegation, the KPCC chief said that if Thomas was facing issues within the party, the same would have been dealt with by the Congress internally and participating in the Kannur event was not the answer or solution to that.

Satheesan, meanwhile, contended that the Kannur event was not a CPI(M) party congress, but rather an anti-Congress event.

He also alleged that there were links between the RSS and Kerala Chief Minister Pinarayi Vijayan and these relations were being encouraged by various middlemen, like Minister of State for External Affairs and Parliamentary Affairs V Muraleedharan. PTI