I was subjected to moral attack and degradation when contested to dist secy post: ES Bijimol 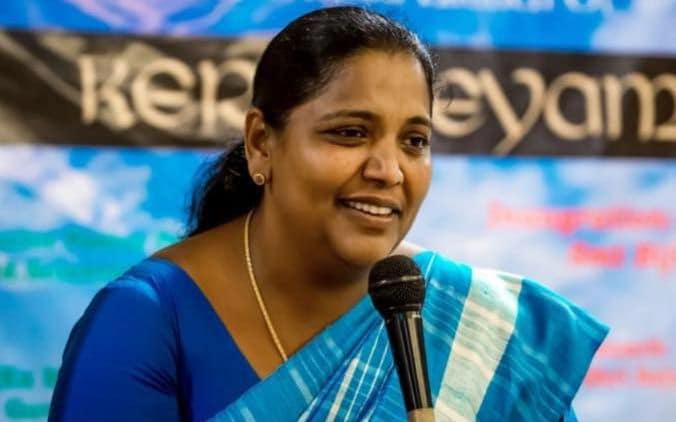 Peermade: Former MLA ES Bijimol has come out against the leadership of CPI after losing the contest to the position of district secretary. K Salimkumar was elected as the secretary during the Idukki district conference after the election.

Bijimol, on a Facebook post, said that she was subjected to "moral attack and degradation" from the moment she touched the "male-centred cocoon" by announcing her candidacy to the post.

"Women representation can be achieved only through reservation. That is why my party decided to have 15 per cent of women in leadership. Hence, NFIW (National Federation of Indian Women) strongly recommended my name for the post so that the party will have at least one woman district secretary," she said.

“I have always been able to resist and overcome this kind of abuse,” she added. Bijimol also said that the ingenuity of political leaders who tried to misuse her title as a woman to insult her will always traumatise her. “But I won’t turn weak. I will adopt an attitude of irreverence towards misogynists,” she wrote.