'I shouldn't have separated with TV', when Gouri Amma opened up about her marriage 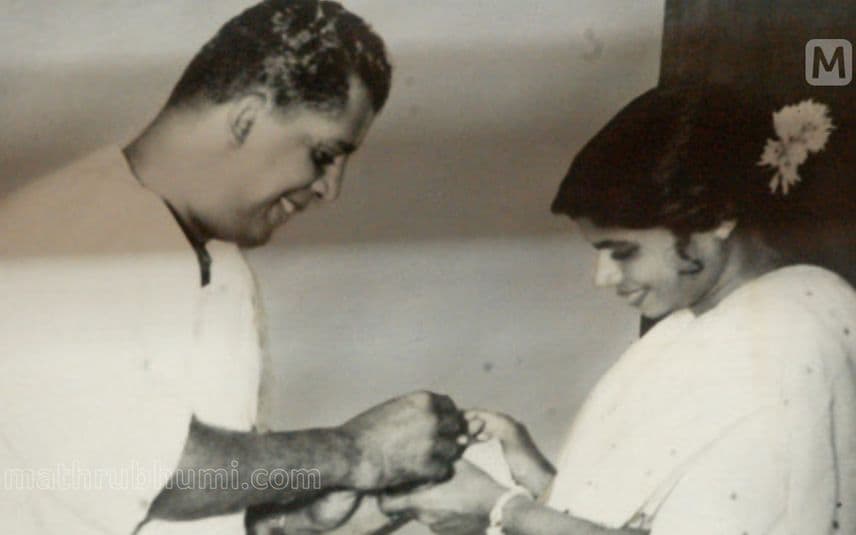 Being one of the strongest political leaders in Kerala, the love and marriage of K R Gowri Amma and TV Thomas was much celebrated in the history of the state politics. She first met TV Thomas, who was the hero of Punnapra-Vayalar uprising, at her house yard. Shortly after this, their relationship started.

Both of them became ministers in the first Kerala cabinet in 1957. They were given official residences located very close. On knowing the relationship, the party initiated their wedding. Despite having some difference of opinions, their relationship continued till 1967.

In 1964, the Communist Party had split and Gouri Amma remained in CPM while TV joined CPI. They went together from Alappuzha to Thiruvananthapuram to join the cabinet in 1967. But as the friction between CPM and CPI escalated, Gouri Amma and TV also got separated. But the love remained the same even after years.

The veteran lady politician opened up about her married life in an interview with SD Venukumar for ‘Mathrubhumi Weekly Onam Special Issue’ in July 2019.

Here is an excerpt from the interview….

How did you fall in love with T. V. Thomas?

How did you fall in love with your wife? (Question accompanied with sharp stare). TV (T. V. Thomas) followed me to make me fall for him. The love was at its peak when we were imprisoned in Poojappura central jail. We used to exchange love letters by crumpling them with stones and throwing over the compound wall of the prison.

At last I had decided to call off the wedding when I came to know about something. But the party compelled me to marry him. It was a relation that gave me a lot of pain and little happiness.

How did that relationship end?

TV’s friends have a role in it. TV and I boarded the same train from Alappuzha to Thiruvananthapuram to join as CPM ministers. When we reached there, MN (M. N. Govindan Nair) took TV with him to somewhere. When they returned, TV went with the other group. Once TV came to the MLA quarters with a woman from Alappuzha. A fight over this incident was the beginning of our separation.

Have you ever thought that you should not have been separated?

Now I think so. I feel I should have been a little submissive.

After marriage, only I gave him money and he didn't give me anything back. He was defeated in the election after the first cabinet. As he didn't have money, I used to give him Rs 120 per month. Sometimes, I ordered liquor for him. Otherwise, he will go out and drink expensive liquor. Also he used to smoke cigarette and beedi. I gave him Rs 12 for this alone.

When TV was affected with cancer and was admitted in Bombay Tata hospital, I requested permission from the party to meet him. But they denied permission saying I shouldn't meet him as the party had split.

Finally, they allowed me to visit him for two weeks. When I returned, TV burst into tears. But I didn't. After this, I saw him again when his body was brought to Thiruvananthapuram. The then collector Omanakunjamma cried aloud. Even then I didn't cry. But there was a pain deep inside.

Social media flooded with comments criticising jury for not considering ...