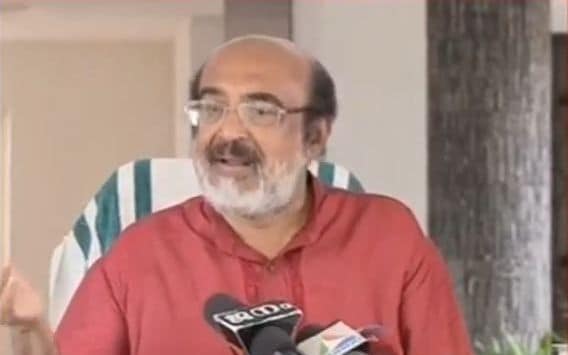 Thiruvananthapuram: Responding to the news about the notice of the Enforcement Directorate (ED) to appear for questioning on the probe into issuing masala bonds by the Kerala Infrastructure Investment Fund Board (KIIFB), CPM veteran Dr TM Thomas Isaac said that he will not appear before the investigating agency.

“I have not received any intimation from the ED yet. Even if I get, I am not going to appear (before ED) because I have more important things to do. They will have to arrest me", he told PTI.

The ED deputy director Prashant Kumar had issued notice on Sunday to the former Kerala finance minister seeking his appearance before it on Tuesday.

Masala bonds are issued outside India but denominated in Indian Rupees. Though the borrowings were approved by the RBI, the CAG claimed that the KIIFB does not have the right to issue such bonds. Following this, the union finance ministry has been warning the state that they will add the borrowings of the KIIFB into the limit of the state government. The KIIFB money is used for infrastructure development of the state.

During the campaign for the state assembly elections last year, Union Finance Minister Nirmala Sitharaman had criticised the functioning of KIIFB, alleging that the Comptroller and Auditor General (CAG) had criticised its financial dealings.

She had also termed as "questionable" the operation of KIIFB. Sitharaman had also questioned the role of the KIIFB in the making of the Kerala budget.