I am just an ordinary member but OC is not so, he must be consulted: Chennithala

I am just an ordinary member of the party. But that is not the case with Oommen Chandy. He is an AICC working committee member. Leaders are obliged to discuss organisational matters with him, he pointed out. 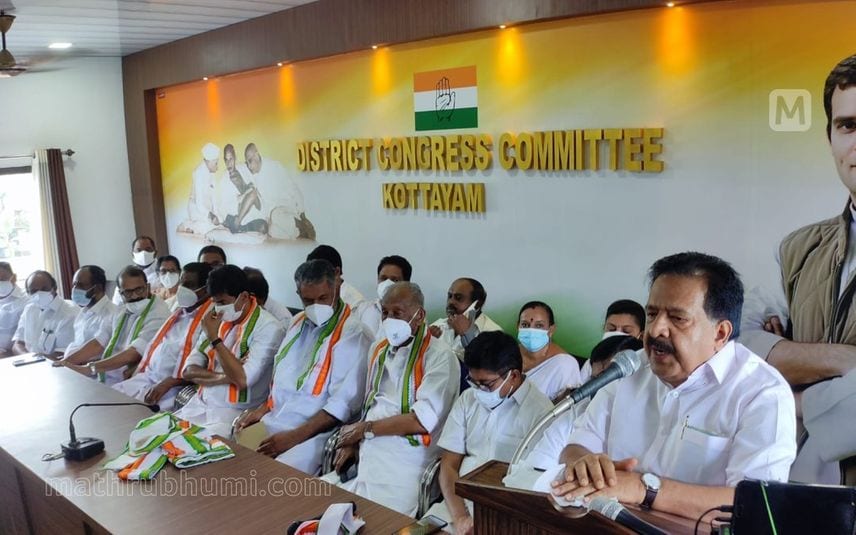 Kottayam: Senior Congress leader Ramesh Chennithala has reacted to the growing rift within the party. He was addressing an event organised in connection with the appointment of the new DCC president Nattakam Suresh in Kottayam on Friday.

"I never showed arrogance when I had power. I just tried to ensure unity within the party, said Ramesh Chennithala.

I don’t tell anyone to seek my opinion in matters related to the party. I am just an ordinary member of the party. But that is not the case with Oommen Chandy. He is an AICC working committee member. Leaders are obliged to discuss organisational matters with him, he pointed out.

I tried to take everyone together by keeping personal interests aside. I am not that old to be treated as a senior leader. I am just 63.
Some people are talking about the discipline of the party. If we had reacted like this, many would not be in the party now.

OC and I led the party during the troubled times. Party tasted huge victories during that time, he added.

Chennithala’s comments come in the backdrop of the appointment of new DCC presidents.

It is rumoured that A and I groups in Congress have decided to move together after KPCC president K Sudhakaran and opposition leader VD Satheesan took charge. Ramesh Chennithala’s response is assessed as a move in this direction.