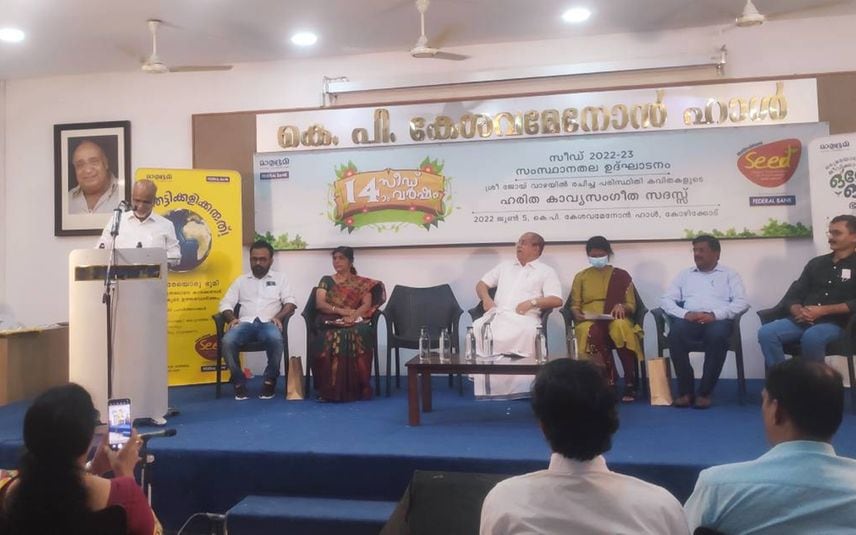 Kozhikode: Kerala Chief Secretary V P Joy said that it is utterly stupid of humans to think that they can survive alone on this planet. “Uncontrolled utilisation of natural resources is ruining the planet. The planet is losing its natural reserves. It is imperative to develop a culture that acts as a check on man’s insatiable greed for resources,” he said during the state-level inauguration of Seed 2022-2023.

He praised the activities organised under Mathrubhumi’s brainchild SEED (Student Empowerment for Environmental Development) and pointed out that it has brought about a change in the way students perceive nature and has brought them closer to their environments.

The musical version of the environment-awareness poems written by V P Joy were also presented during the function. ‘Haritha Kavyasangeetha Sadass’ with songs sung by Dr Manakala Gopalakrishnan was another highlight of the event.