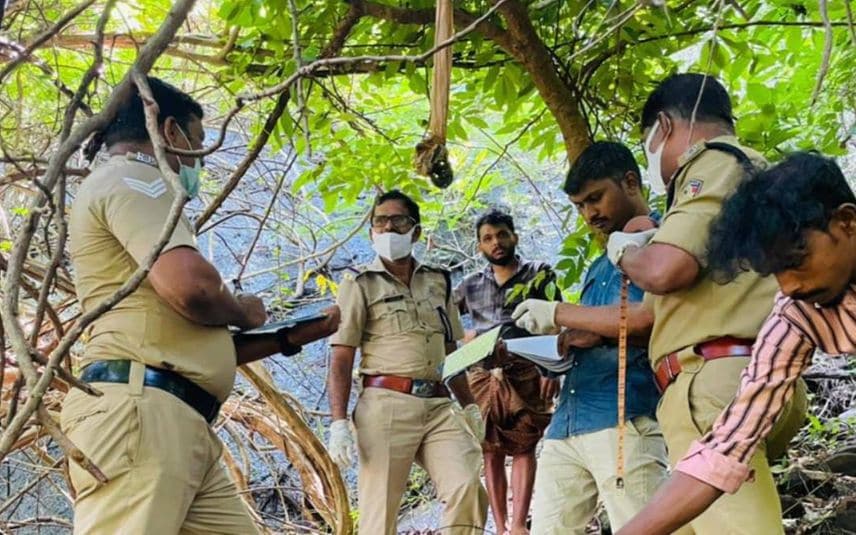 Police inspect the spot from where the dead body recovered

Kozhikode: The remains of a decomposed human body were found at Vappattu in Thazhe Thiruvambady here on Saturday. A skull and bones were spotted on an abandoned land shrouded by thickets. According to police, the human remains belong to an anonymous person who died several months back.

It was on Saturday evening, that a person who went to collect wood from the rubber estate spotted the human skull and bones. Immediately, he returned and informed the matter to natives and police.

Police arrived at the spot and started a probe after registering a case. It is reported that a cloth was found tied to the branch of a nearby tree. The investigation team informed that an autopsy will be conducted soon.

Kerala Assembly session from Monday set to be stormy

Express train with unreserved coaches on Thrissur-Kannur stretch to be ...