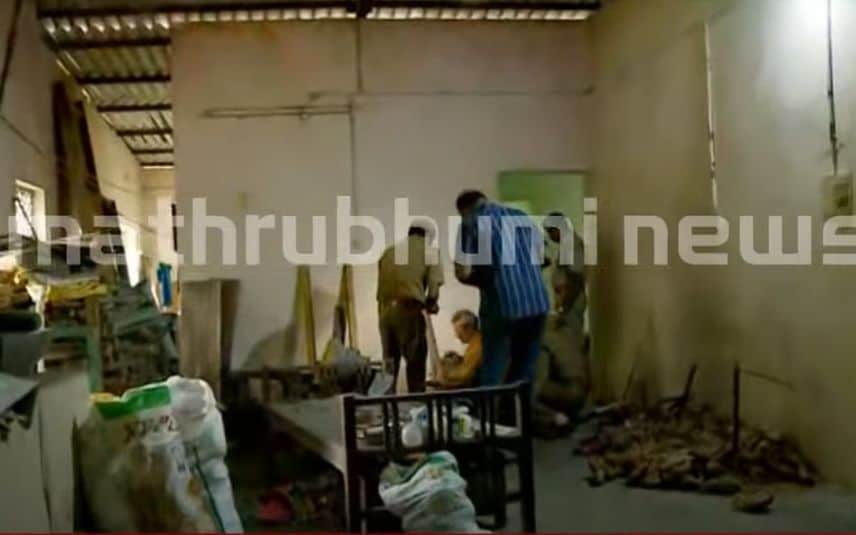 Pathanamthitta: The police team investigating Elanthoor human sacrifice case conducted searches at the house owned by Bhagaval Singh here. As per the latest reports, the probe team will conduct a dummy test at the crime scene to recreate the murders.

Dummies of the killed women were taken to the crime scene on Saturday evening. Pathanamthitta police prepared the dummies as per the directions given by the Kochi police.

During the dummy test, the probe team will make the accused explain the crime based on their statement.

Two women were killed at the house in Elanthoor within four months. The second murder took place three months after the first murder. The SIT will analyse the nature of the murder by restructuring the scene of the crimes.

According to reports, the accused killed the two women by slitting their throats. In the statement to the police, the accused had revealed that the bodies of the women were chopped into pieces and buried.

The Special Investigation Team in charge of the probe started the searches at the house and premises on Saturday noon. Six spots were marked during the searches following the inspection with dog squad.

During the searches on Saturday, the probe team failed to recover any crucial evidence, say reports. At the same time, a piece of bone was recovered from the spot where Roslin’s body exhumed. Forensic team will take the bone for scientific examination to confirm whether it belongs to a human or animal.

It is reported that the police have conducted searches in the premises of the house by removing mud.

The probe into the deaths of two hapless women named Roslin and Padma revealed the shocking human sacrifice at Elanthoor here.

Three persons -- Bhagaval Singh (68), a massage therapist and his wife Laila (59), along with prime accused Mohammed Shafi (52), were arrested after details of the gruesome murders came out on October 11.

"The accused conspired to conduct the human sacrifice with an intention to bring prosperity in the life of the second and third accused by pleasing the goddess in favour of Singh and his wife Laila," the remand report had said.

The chopped body parts of the deceased were exhumed from the premises of the couple's house at Elanthoor village in Pathanamthitta on Wednesday.

The first woman went missing on September 26 and the probe led to Shafi. On further interrogating him, police found the trio had earlier murdered the second victim in a similar manner in June.