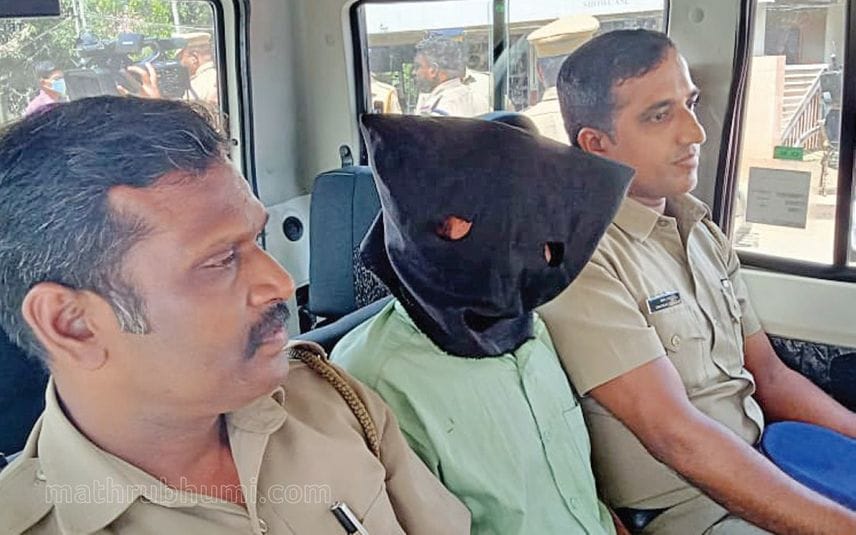 Alappuzha : Kerala Police launched an extensive search operation to recover the anklet of one of the two deceased women, Padma in the human sacrifice case, according to the police on Wednesday.

The police are conducting the search at the place shown by prime accused Muhammed Shafi at the Alappuzha-Changanssery canal in the Alappuzha district.

The rescue divers are conducting this operation with their latest equipment.

This operation is a part of the evidence collection in this case, according to the police.

The anklets were made of silver which was allegedly thrown away by Shafi in the canal at Ramankari in the Alappuzha district.

The police conducted a search following the statement given by Shafi.

Earlier today, the Kochi Police Commissioner confirmed that they are interrogating the main accused, Muhammed Shafi, in the Kerala human sacrifice case where two women were brutally killed in the name of a ritual after being lured for money.

He said the process of evidence collection in Kochi is "almost completed" adding that they rely on cyber evidence which is important in this case.

The remains of the two deceased women--identified as Padma and Roslin-- were exhumed later from pits near the residence of Singh and Laila in the Pathanamthitta district.

On Tuesday, the police rejected allegations of an organ mafia behind the murder and said that the organ transplant was not possible in unsanitary conditions. It has been suspected that the main accused Shafi misled the co-accused persons in this regard, CH Nagaraju said adding that crucial scientific and technical evidence was available against the accused.

The police have also seized several phones from the accused. The Commissioner also asserted that the main accused used to mutilate the bodies in a butcher's style.

"There is no indication that there are more victims. Missing cases are being investigated. So far no evidence has been found about the link between missing cases and human sacrifice cases. Several phones have been seized from the accused. Muhammed Shafi, who is the main accused mutilated the bodies. It is done in the butcher's style. Evidence collection will continue," Kochi Commissioner said on Tuesday.

As per the reports, the police have found 39 grams of gold which belonged to victim Padma mortgaged by Shafi for Rs 1 lakhs out of which he gave Rs 40,000 to his wife.

As per the police remand report, the accused husband-wife pair of Bhagaval Singh and Laila conspired with the "prime accused" Muhammed Shafi to commit the crimes.

On September 26, Shafi approached the 52-year-old Padma, who used to sell lottery tickets in Kochi and lured her by offering Rs 15,000 for sex work, the police remand report read.

"Then she agreed and went with Shafi to the home of Bhagaval Singh and Laila in the Pathanamthitta district. There, the accused strangled her with a plastic cord around her neck to make her unconscious. After that, Shafi mutilated Padma's private parts using a knife and slit her throat. After that, they chopped her into 56 pieces and put the mutilated body parts into buckets and buried them in a pit," the report detailed.

Kochi Police Commissioner CH Nagaraju addressing a press conference told reporters that Shafi, the main accused, was a pervert and has a criminal past. (ANI)