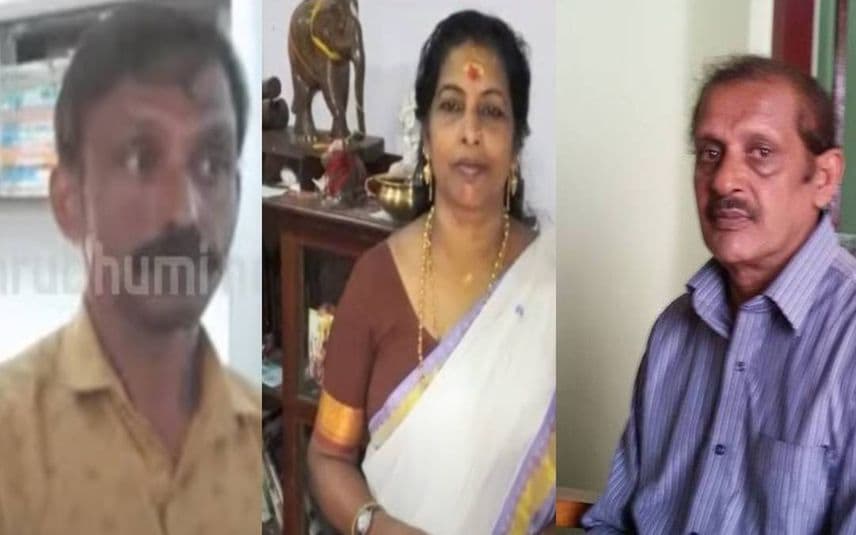 Kochi: Shafi, the prime accused in the alleged human sacrifice and double murder in Elanthoor, told police that two college students from Kochi were sexually assaulted at the residence of Bhagval Singh and Laila in Pathanamthitta.

During the interrogation, Bhagval Singh and Laila, the couple who are booked in the brutal murder of two women told police that they brought two college girls staying in a hostel in Kochi to their house at Pathanamthitta's Elanthoor.

Shafi, who was running a hotel in Ernakulam near Shenoys Theatre, was well-connected to people in the area. Police found out that he approached people, including women and girls, after earning their trust for his illegal activities. Shafi also told police that a man accompanied the girls to the couple's residence.

The police team probing the suspected human sacrifice case in Pathanamthitta district who arrested three persons in connection with the death of two women, has identified the prime accused Mohammed Shafi as a "psychopath" and a "pervert".

The couple which committed the heinous act have been identified as Bhagaval Singh and his wife Laila, who used to run a massage centre near Aranmula in Pathanamthitta district at their house Shafi brought the two women to the couple's home in June and September, and they were brutally murdered by the couple.

Shafi has been named as the prime accused along with Singh and Laila.