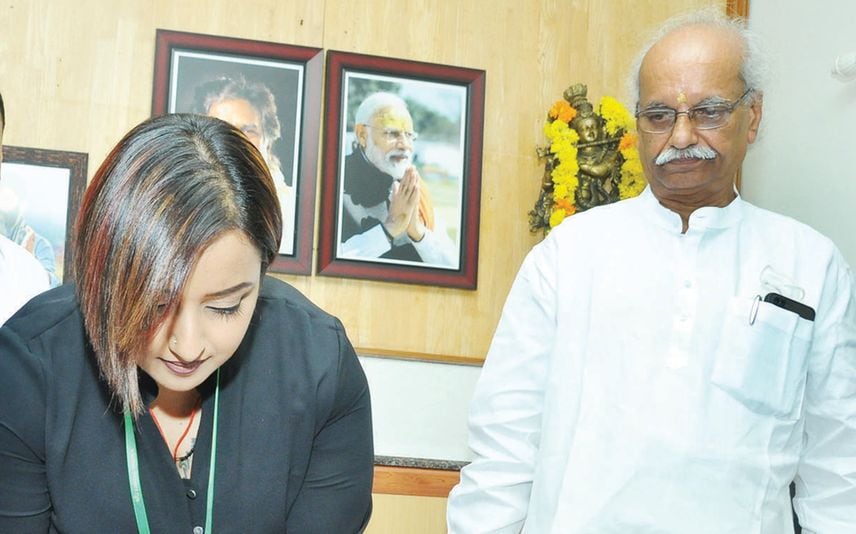 Kochi: Amid the heated debate over the gold smuggling case accused Swapna Suresh's allegations against CM and others, KG Venugopal, RSS loyalist and the vice president of HRDS INDIA—the NGO with which Swapna Suresh works, has endorsed her claims.

According to Venugopal, he believes the claims made by Swapna against CM Pinarayi Vijayan, his family members and other VIPs in connection with Gold Smuggling Case are true. He said that he is not aware whether Swapna has evidence to prove the claims she made while it “sounds factual only”.

However, he pointed out that HRDS INDIA has no interest or influence in the claims she made. “We are supporting her as our employee” and HRDS is not pondering over the links of either Swapna or CM, he said.

“As long as she is our employee we are obliged to protect her,” he added.

Venugopal elaborated on how Swapna decided to give a statement against CM and others. Venugopal further said that she has never approached the organization over anything related to the case.

Meanwhile, HRDS INDIA’s chief product coordinator Joy Mathew refuted the allegations that the organization is an RSS backed entity. “There are members in the organization who are loyalists of all political parties. However, HRDS India has no such affiliations,” he said. Mathew added that some forces are conspiring to attribute that HRDS is under the control of RSS.