How does parallel telephone exchange work? 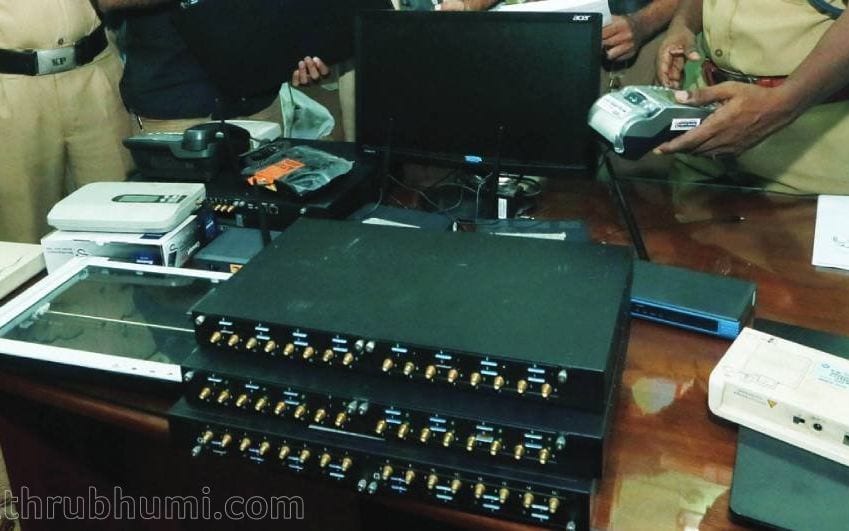 Kozhikode: A series of allegedly interconnected parallel telephone exchange cases have started popping up in Kerala in the recent times.

Those working at the parallel telephone exchange will provide a foriegn local number to place calls to India. They claim that international phone calls can be made for half the normal rate.

NIA likely to take over probe into parallel ...

A calling card is given when the amount to place the call is paid. A PIN number that has a fixed validity is also given along with this. Once the card expires, one will have to take a new calling card. The local calls are changed to a different format so that they cannot be tracked by telecom companies.

What happens in a parallel telephone exchange?

First, a call is placed to a foreign local number.

Then that call is reconnected to a server there. The number on the calling card must be dialled when instructed by the computer.

When the local number (of the call receiver) is dialled, the call will convert into an internet call via Voice over Internet Protocol (VoIP).

This will be transferred to the VoIP of that country of the receiver and will then be converted to the local number of that area.

This number will be displayed on the receiver’s phone.

The call cannot be connected if fraudsters of both countries do not know each other.

The receiver will land in trouble if the local number from which he/she gets the call has been used by any terrorists previously.