How can CM Pinarayi forget all swears he showered at media persons, asks VD Satheesan 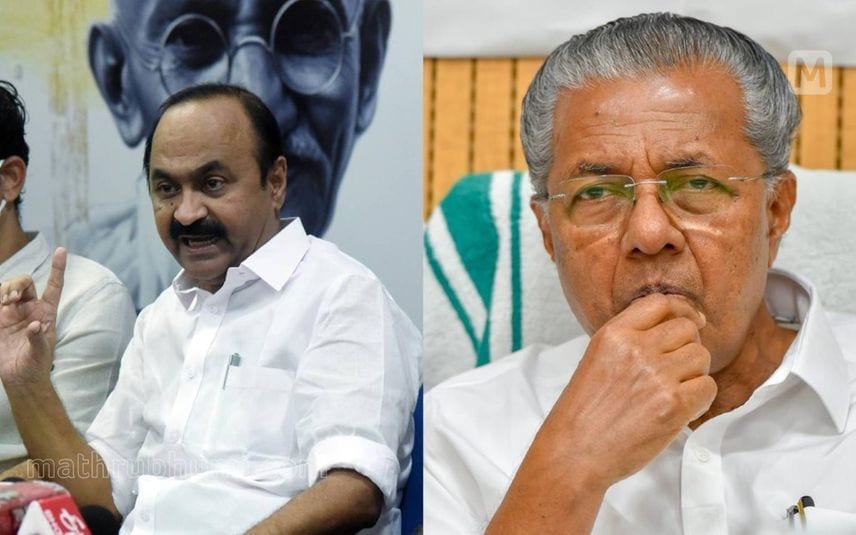 Thiruvananthapuram: Replying to the charges levelled by chief minister Pinarayi Vijayan in his press conference held earlier today, opposition leader VD Satheesan asked if the CM had forgotten his earlier comments against the media houses in the state.

He is acting like a good boy now. Wasn't it the chief minister who shouted 'get out' at the media persons? He threatened former chief editor of Mathrubhumi, K Gopalakrishnan. He had said the news reports against him were prepared by a media syndicate. How can he forget all these, asked Satheesan.

CM Pinarayi had criticised Satheesan for threatening a reporter to expel him from the opposition leader's press conference a day ago. CM said it would be the first such incident in history. “Questions may not be asked according to the wishes of the person who talks. We have seen the reply that the opposition leader gave when he was confronted with a question unpleasant to him,” said CM.

Reacting to the criticism, Satheesan said he never expelled anyone but had warned the reporter that he should not make him take such extreme steps as the journalist kept nagging the Congress leader with 'repeated questions'.

Satheesan also replied to other allegations levelled by the CM in the presser. He said it was the CPM, and not Congress like Pinarayi said, that called for violent protests in the state. He claimed five Congress offices were torched and 40 other offices were attacked after the onboard protest incident.

Satheesan said Congress does not want lessons on the rules and regulations of the Assembly from an organisation that vandalised the institution.

He also slammed CM for claiming Congress workers destroyed the picture of Gandhiji displayed in Rahul Gandhi's office amidst the SFI vandalism last week. He asked how a home minister could make such comments while the investigation was still going on.

The opposition leader also said that the decision on buffer zones was not taken during the Congress ministry. CM had alleged that the UPA-II government took the decision to implement the eco sensitive zones surrounding forests.