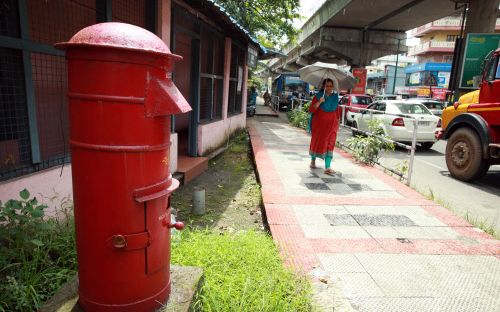 Parakkadavu (Kozhikode): An ‘honest’ pickpocket who stole wallets containing ATM and ID cards returned them to their owners. A distraught owner who got back his wallet was grateful for the pickpocket’s kind gesture. Parakkadavu native and DCC General Secretary Mohanan got his wallet back last day following which he posted a note on social media thanking the pickpocket.

Mohanan lost his wallet containing Rs 700, ATM and other ID cards near the Kozhikode bus stand. He borrowed money from his friend and arrived in his hometown that night. He was preparing to apply for new IDs and cards when he received a call from the Kozhikode Post Office. He was informed that they had received his lost wallet. Money was missing from it. But all he wanted to know was whether his cards were intact.

The thief, who stole four wallets, including that of Mohanan’s, took only the money from the wallets and deposited those in the postbox. The courier containing Mohanan's wallet arrived at the post office of his hometown with the help of a friend in the postal department. Mohanan phoned Ranjith and Kareem working at the post office to express his gratitude.

Not with dear ones on this Vishu day? Don't worry, send 'Kaineettam' through post