Holy Faith H2O reduced to a pile of concrete

The 19-storyed building was reduced to a pile of concrete rubble within seconds. 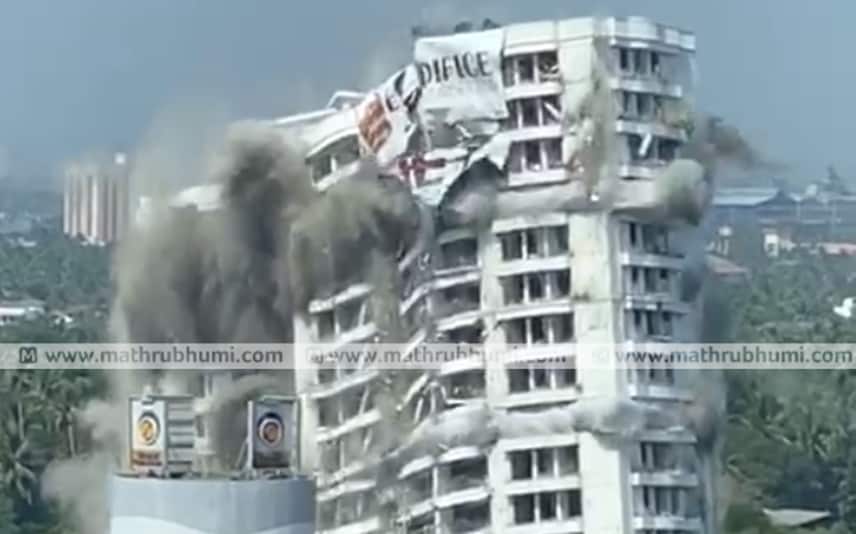 Kochi: Holy Faith H2O was reduced to a pile of concrete in moments after the third siren was sounded.

Holy Faith was the first among the four flats in Maradu which will be demolished. Alfa Serene twin towers will also be demolished in a few moments.

The 19-storyed building was reduced to a pile of concrete rubble within seconds.

Although the demolition was successful, visuals indicated that part of the debris might have fallen into the lake.

They will evaluate the ground situation and spray water on top of the debris to control the dust.

It took only five seconds for the 19-storeyed building to crumble to earth. The demolition took place at 11.17 am after a delay of 17 minutes.

Some of the debris reportedly landed on the Thevara-Kundannur bridge.

Edifice Engineering company MD Utkarsh Metha said that everything went perfectly. He added that dust build up in the area is under control.

The first siren was sounded on time. However, the second siren was delayed as a Navy surveillance helicopter had not cleared the no fly zone.